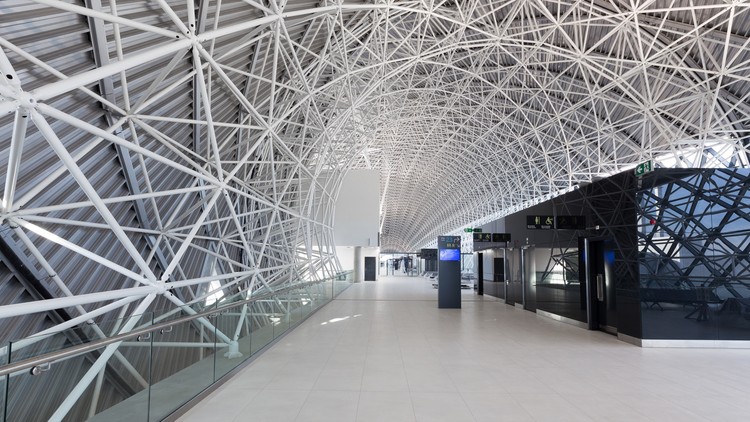 This complex project is presented as part of the new Airport City zone intended to be a future development area of metropolitan Zagreb. Apart from its well-considered functional positioning in the space, the new terminal is dominant in a planning sense as well, impressively accentuating the picture of the city in its southern views.

In the layout of the ground plan, the terminal, in spite of its size, is simple and legible in its architecture, composed of an elongated tract of communications passages with aircraft stands and of a central building in which all the other functions are housed. The main volume of an almost square plan (137.5 x 131.1 m) that extends through four floors, is filled with check-in counters, hospitality establishments as well as many ancillary features and the security control zone. Within the longitudinal part of the terminal are the commercial functions and the waiting room islands, from which, via eight flexible bridges, embarkations are managed.

The structure’s expressiveness derives from its organic shaping in conjunction with the powerful algorithm of the complex curves of the roof. The undulating silhouette helps it to fit into the surrounding context, signalises the city in which the structure is located and openly evokes the skyline of the mountain surrounding Zagreb. The roof of the new terminal leaves the impression of a light and lacy fabric that seems to be floating over the interior. The combination of metal envelope and large format glazed membranes on the facades provides unique views onto the city. This kind of approach to visual idiom is achieved in an inseparable link with the structural base of the whole terminal – a double- curved spatial steel grid composed of 26,000 ‘sticks’ that, precisely because of the curved shape of the external envelope, are all of different lengths, linked together with the 6100 spherical nodes of the grid.

Out of a utilitarian segment of the building, the structural roof grid, the effect of a work of art is created, the white of the many linear elements creating an impressive interior landscape, their geometry resulting in a sculptural impression that occupies pride of place in the experience of the interior. Underlying this expressiveness of form are striking data about the material expended – 2000 tons of structural steel, 35,000 cubic metres of concrete and 5000 tons of rebar. The new aerodrome complex is a synthesis of structural engineering, architectural art and superb functionality as well as urban contextualising, becoming a new reference point in Croatian 21 st century architecture. Out of the featureless periphery of Zagreb it has created a potent centre that will turn into a prestigious architectural and urban design gate to Croatia. by Alen Žunić 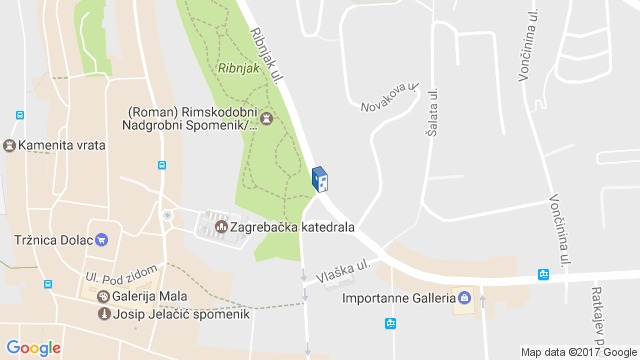 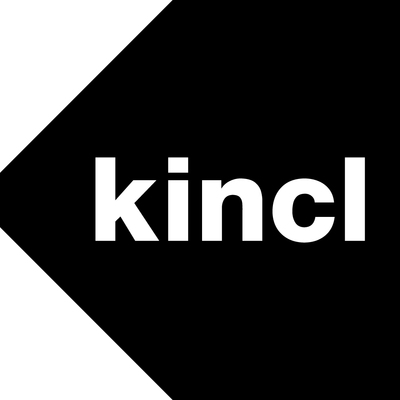 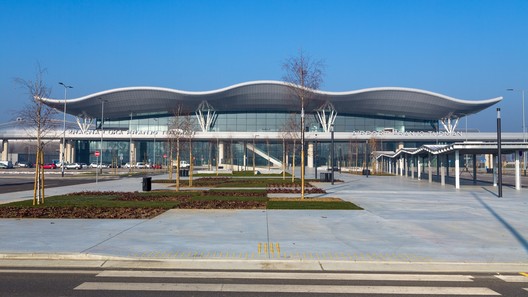 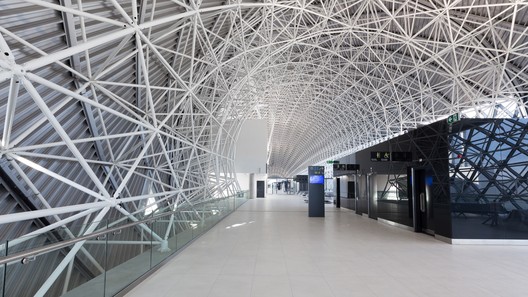