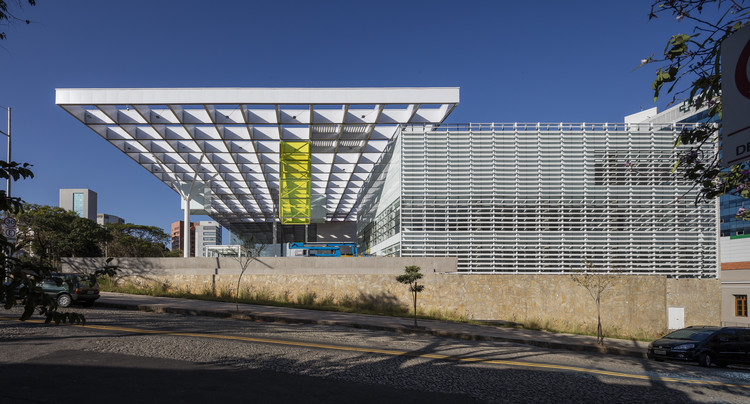 Text description provided by the architects. The completion of an architectural complex designed to house the Minas Gerais Philharmonic Orchestra as well as the headquarters for a TV and Radio station has placed the town of Belo Horizonte, Brazil amongst the international network of creative and ever-changing cities.

The main goal for the project was to transform the site into a new cultural and tourism hub for the town. The set of buildings will likely transform the surrounding urban space, a setting that has lacked an open plan public area since the closing of the Barroca Market nearby. Each building was placed on a different level of the plot, as a way to ensure the best direct access from each street, as well as minimal ground leveling work. The buildings are organized on the plot in a way that creates a series of voids between them, forming a large inviting plaza that has been offered to the local community as a new public space, something this area of town is in dire need of. In a way, these decisions attest to the social commitment that is expected from such a large cultural project.

The headquarters for the Orchestra, TV and Radio Station had a pre-established spacial organization that followed the main strategy presented in the project brief. As this was a new construction, the choice for a concrete and steel structure that could work in modules seemed like the most cost-efficient solution. Acoustics played a huge part in shaping the main hall as well as the surrounding areas. To ensure complete soundproofing, the concert room is placed on ground level and is isolated from other structures. The public arrives from the main plaza in to middle level of the room and musicians can reach the stage directly on the lower level. The large TV studios are also placed on the ground level to ensure complete soundproofing and easy access to loading bays.

Strategically placed horizontal and vertical circulations connect the car parking levels to the space called “pre-foyer”, a transitional area between the outside and inside, something to be considered in tropical weather cities.

The public arrives by foot on the highest point of the plaza in a steady and easy flow. The car park can accommodate the need of the Orchestra, TV and Radio Stations and are flexible in their divisions. Access is through the sides streets, so that the main public does not overlap with the stream of cars.

All levels have generous amounts of toilets as well as a cafe to suit the needs of patrons during concert intermissions and the balcony cafe is the perfect spot for musicians to rest on practice days. The historic building has been restored to be the food court for all three institutions, this includes a cafe, snack bar and restaurant.

Now that the building has been completed, it is quite clear that the local community has welcomed these spaces and that a meeting point has been created for the neighborhood. 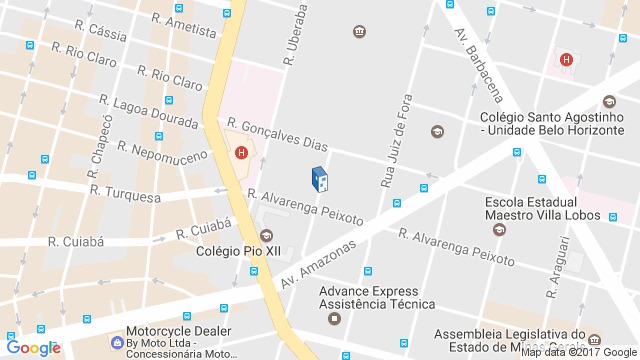 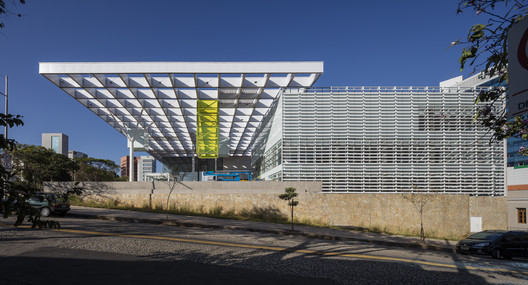