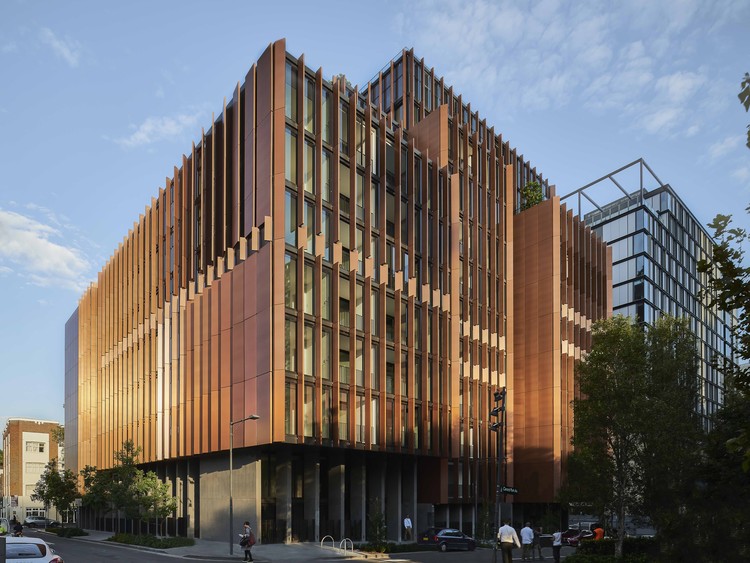 Text description provided by the architects. More than just a building, Connor at Central Park is the new gateway to one of Sydney’s most popular urban precincts – Central Park in Chippendale. Home to 178 apartments and retail on the ground floor, this 13-storey building reads as a series of boxes or cubes suspended in the air – a delicate balance of form, composition and proportion.

The original envelope of the building as described in the masterplan was relaxed in a design that accommodates a slightly larger building with deep slots added to bring natural light and air into the centre of the floor plans. This also breaks the building into a series of independent blocks, with two north-south circulation corridors running off a central lobby core, forming a shape not unlike the letter H. With slightly different shapes and heights, solid sides and glazed or louvred ends, these blocks bring a sculptural form to the building, almost as if they were suspended pieces of a giant public artwork.

The façade is clad in a brushed copper composite-aluminium whose warmth recalls the red brick found in the local area, including the heritage Brewery Yard building nearby, restored from the original Carlton Brewery site. Deep fixed louvres, arranged in horizontal stacks, run perpendicular to the facade of the building. Each stack is rotated in a slightly different direction to reflect ambient light at different angles, creating sheen and shadow.

This subtle idea, which extends to the east and west facades as well, introduces poetry to the building while tackling privacy and solar control at the same time. On the Southern façade, which receives the least sunlight, a lenticular effect has been created by alternating two sets of louvres in different directions, reflecting light, trees and clouds, animating the building.

Successfully merging the different scales, materials, and uses of this corner of Sydney, Connor at Central Park mediates between the fine grain, low rise brick buildings of Chippendale and the larger scale, high rise buildings that connect Central Park to Sydney’s Southern CBD.

A gateway building positioned at the south-west corner of the precinct, Connor at Central Park is located at the intersection of O’Connor and Abercrombie Streets and is contained by two new minor streets. The main entrance to the building is located on the east elevation on Central Park Avenue, fronting the newly created urban park.

Entering from Chippendale Green, visitors and residents are drawn though a compressed portal into a dramatic three storey atrium lobby. Extending across all three stories, a huge light box illuminates the centre of the building, changing colour through the day from red to pink, blue to violet.

Views from inside the apartments include an eastern aspect overlooking the newly created Chippendale Green, west looking out to Sydney University over the heritage listed buildings of Notre Dame University and St Benedict’s Church, north into the new garden courtyard of the Block 4A Student Housing, and south over the warehouses and terraces of Chippendale to Redfern's parks and even Botany Bay on the higher levels.

In addition to the ground floor lobby, resident’s lounge and gym, a common outdoor area occupies the topmost roof terrace with barbeque and landscaping.  All other terraces in the building are connected to individual apartments (mostly two storeys) and animated by gardens. 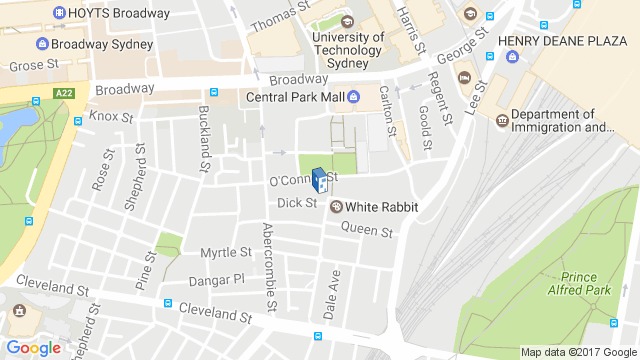 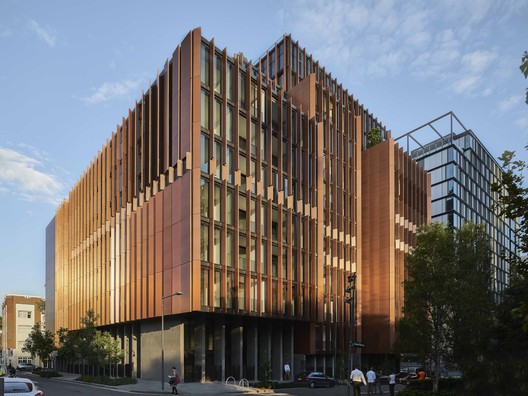