Save
House on the Top / Cristián Axl Valdés 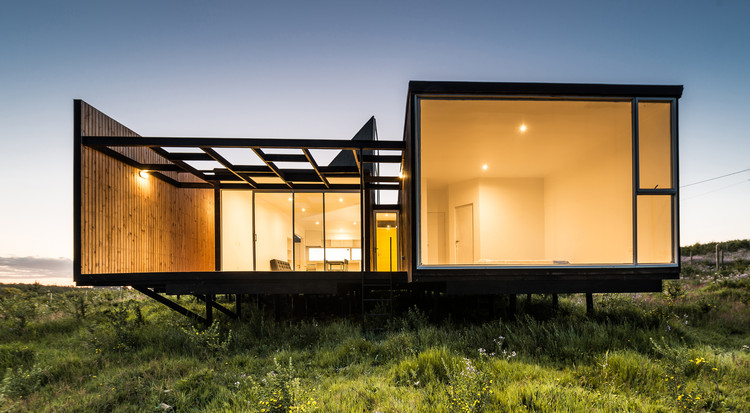 Text description provided by the architects. Curanipe is a small coastal town in the middle part of Chile; territory of subsistence agriculture, artisanal fishing and summer tourism. In this place two couples owned a site far away from the sea, but compensated with large views towards the ravine of Chovellén River. The site is on the highest point of the ravine where the slope descends gently to the sea and abruptly to the river.

Because of its geographic condition the place lacks of a horizontal ground, reason why the architecture tries to supply that lack building a podium that look towards the ravine.

This house should give occasional shelter to the both couples who would use it together or separated. Given this condition of occupation, the program divides itself in three pavilions where each couple would be “owner” of one of this ones, meanwhile the third one – at center – would contain the common areas. The three pavilions locate parallel to each other but displaced in order to accommodate at the diagonal slope of the site.

The distant landscape is captured by interior through large openings that frame it – like big paintings - extending the interior limits beyond its borders. 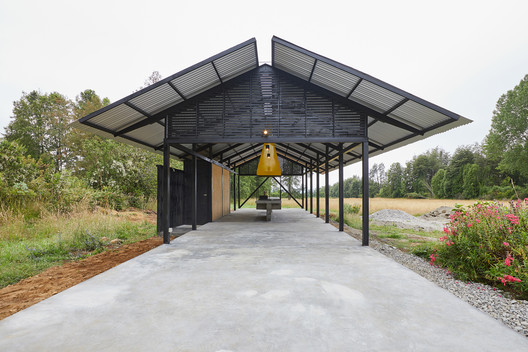