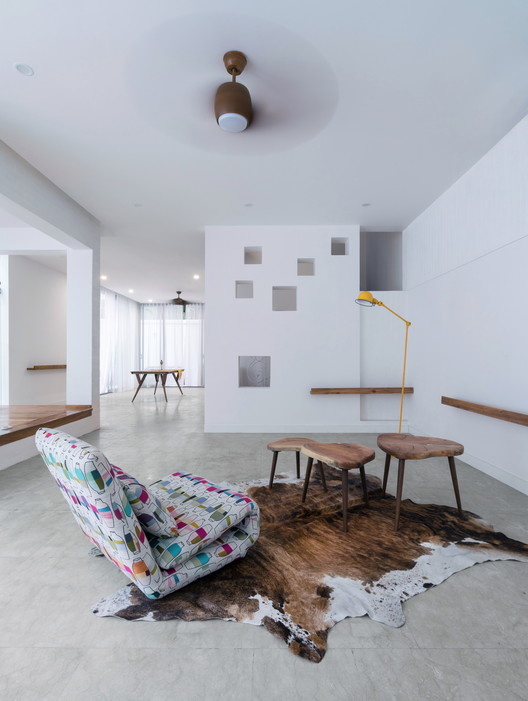 Text description provided by the architects. T4 HOUSE is a house located in the same massively constructed villas with the typical design. But to the landlord it’s a “timeline” with many ups and downs after more than a decade living there. When they moved to a new house, instead of selling this house, they decided to renovate it for rent. This was a way to help this house both have people living and be operated to keep it from degrading, but to them (the landlord) it’s kept as a memory.

The old house had the status quo that was very stuffy, dank, lacked of light and degraded severely in layout. We decided to renovate the space in the most radical way. We changed the access hall of the house to the right place before which was a small bedroom, and the old hall was closed to a daybed, this old bedroom roof is cut and perforated for extra light. Trees and lawns were added so that nature could come into the house. In this way, the first floor was completely transformed to create a depth of space.

After finishing, the entire space looked like to be changed spectacularly, the spaces of the inside - outside, the top and bottom were mixed together. Of course, many small details have been adjusted such as lighting, ventilation for stairs, additional more spaces to access nature, more daybeds to read books. But finally the house is more comfortable but still has to retain its inherent soul.