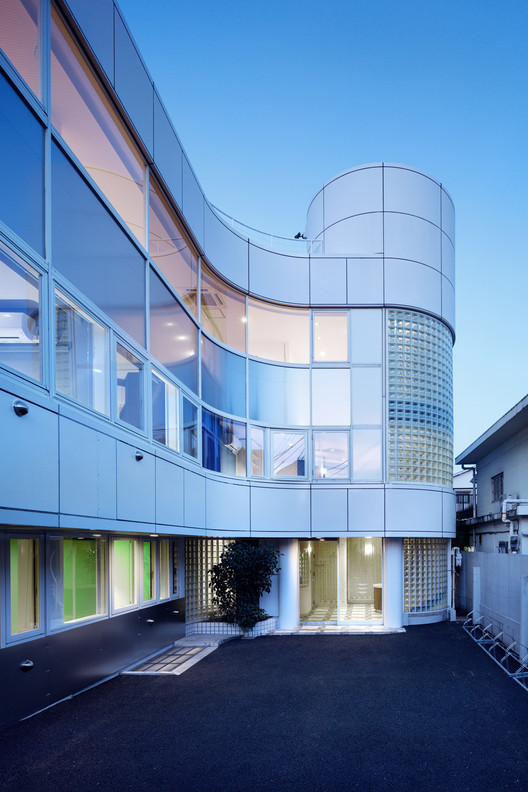 Text description provided by the architects. This project in the Wakamatsucho section of Tokyo’s Shinjuku district transformed an office building into shared housing, where residents have private bedrooms but share common areas, kitchens, and bathrooms. Although the neighborhood is located near universities and busy shopping streets, it has a peaceful atmosphere all its own. When designing a shared house in this area, we gave particular consideration to the type of people who might gather and live there.

Shared housing has proliferated in Japan in recent years, primarily drawing residents who seek interaction with their co-inhabitants as opposed to the cheaper rents that typically attract people to shared living arrangements in Western countries. For a project in this particular type of neighborhood we envisioned a harmonious, cultured environment in which individuals with similar interests and tastes would gather and inspire one another. The forms and colors of the building are designed to create opportunities for this type of interaction.

The existing entryway was left almost unchanged, while the building’s four levels were clearly divided according to function, with the first and second floors serving as private zones, the ground floor as a public zone, and the third rented out as offices independent of the shared house. The circulation plan allows residents to access their own rooms without passing through the public zone, which means that they are able to choose between spending quiet time individually or interacting with other residents even though they are living in a shared house.

The interior design employs basic geometric forms, with circular furnishings and light fixtures on the first floor and square ones on the second floor. On the first floor, which is close to the ground, green is the key color, while on the second, which is closer to the sky, it is blue. These differences, we hope, will allow potential residents to select a room near others who share similar tastes, loosely connecting them once they move in. However, in recognition of each residents’ individuality, the colors of the bedroom interiors and doors vary slightly in intensity, representing the differences that exist between individuals despite their similar tastes.

The ground-floor lounge is designed around a theme of lines connecting one individual to another. It is composed of a kitchen, dining area, shower room, and other shared spaces that serve as sites for interaction. Vertical, linear lights hang from the center of a ceiling covered in metal mesh, symbolizing people gathered together. A large table where people can sit together, window-side counters, low tables, sofas, and a tatami mat area provide choice in how and where to sit within this public zone. 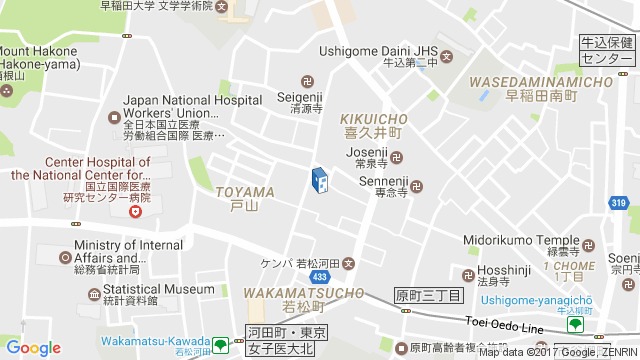