Save
Vito Acconci Dies at Age 77
Share
Or
Copy

American architect and artist Vito Acconci has died at the age of 77 as the result of a stroke. A visionary performance and installation artist in his early career, Acconci turned to architecture and furniture design in the 1980s, subscribing to the belief that to truly make an impact on society, one needed to be designing objects that were “part of the world.”

A strong adherent to architectural theory, Acconci believed that his unbuilt works were equally as important as his built projects, as only by pushing the limits of architecture could a future path for the field be paved. Some notable completed projects by Acconci Studio include the transformable façade of the Storefront for Art and Architecture (designed in collaboration with Steven Holl) and the Island in the Mur, an unprecedented structure that served as a bridge, theater, cafe and playground all at once.

Video: Vito Acconci on Why Unbuilt Projects Are as Important as Built Ones

In this video from Crane TV, writer, poet, artist, and architect Vito Acconci discusses why his goal is not always to have his projects realized. Beginning his career with an education in creative writing from the University of Iowa, Acconci expresses his longtime desire as an artist for art to become "part of the world," explaining that this eventually led him to extend his creativity beyond words and artworks.

Following on from their previous 'videopolemic' tribute to Lebbeus Woods, 32BNY has released their second video featuring artist and designer Vito Acconci's response to the question, "Is architecture art?". Having straddled both architecture and art throughout his carrer, Acconci is cleary comfortable in discussing their relationship, as he talks passionately about the importance of putting people at the center of both. 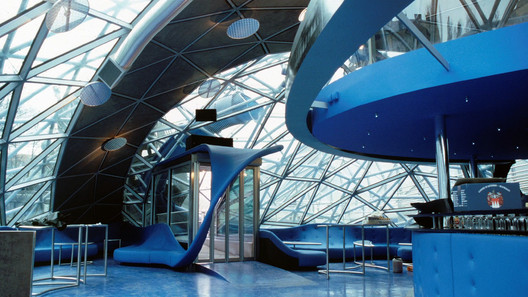