Save
House in the Setback / Vera + Ormaza Arquitectos 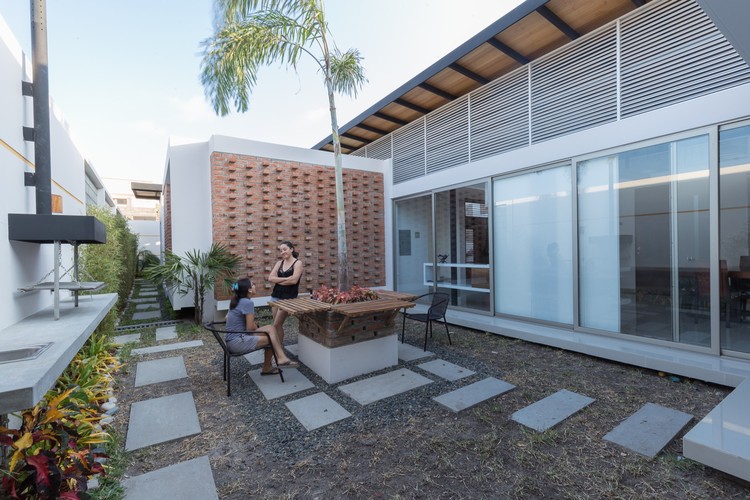 Text description provided by the architects. The new Illa mountain hut is situated at 2.488 m height in the idyllic surroundings of the Andorran Pyrenees, a place of an extraordinary beauty resulting from the interaction between man and environment, which gave rise to the characteristic aspect of the existing construction built in the 30’s and whose comprehensive refurbishment and enlargement would be the objective of this project.

The main difficulties we encountered when considering the project were the interaction with the protected and sensitive environment’s pre-existences (UNESCO World Cultural Heritage), the extreme weather conditions that only allowed working during the summer, an enclave without road access and finally the energy self-sufficiency.

All these extraordinary challenges were transformed through strategic decisions into the characteristic elements that would shape the project.

Formally, using the existing building as a structural base helped us to minimize the economic cost and the generation of waste in an environmentally sensitive habitat.

The wooden frame structure gives warmth to the interiors but also a modern look. It also takes advantage of the whole space heights and, with its studied roof angles, helps to discharge the big snow load accumulated during the winter and to optimize the energy gain from solar and photovoltaic panels.

A characteristic and unique fact that has endowed with an added complexity to the whole process and has determined the chose for light and prefabricated materials has been that the site can only be reach by helicopter. Most of the interior elements are wooden prefabricated in workshop and assembled on site. As a result, the building weighs about a third of a conventional construction of the same characteristics and its total execution time has been only 6 months.

Finally highlight that the building is 100% disconnected from any supply network. Because of this, one goal was to reach at least 4 days of energy self-sufficiency. To achieve it, the whole program with climatic requirements was grouped in the new building which is perfectly isolated and conditioned, leaving the rest of the program related to the services in the existing one. Precisely, the installations are an important part to achieve the mentioned self-sufficiency by the use of solar and photovoltaic panels, the autonomous system to treat the waters equipped with coconut filters that allows to return them to the environment, and finally, a controlled and efficient ventilation system that avoids the direct exchange of air with the extreme exterior cold.

The result responds to the natural habitat’s evolution and also to the new uses and the rapid growth of mountain activities in the Pyrenean environment, turning the old and deteriorated building into a modern mountain hut, the 4th higher shelter in the Pyrenees. A place prepared to accommodate both hikers and guards who live together comfortable and cozy way, in a hut equipped with all the necessary services to enjoy a unique and privileged environment.