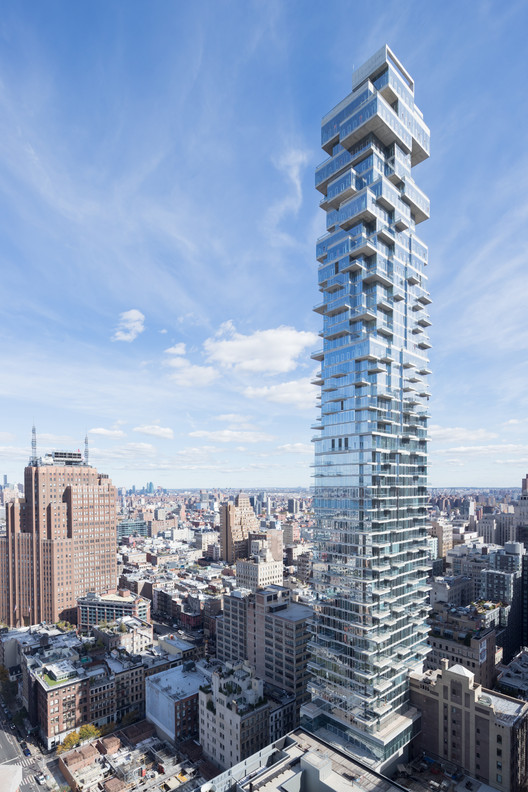 Text description provided by the architects. The high-rise tower is an important ingredient within the contemporary city. However, towers have come to be defined solely by their height and, as a type, they have become anonymous. Typical residential towers, while successful in aggregating the living unit, often fail to improve upon the living environment. The multiplication of units within simple extruded shapes produces repetitive and anonymous structures with no extra benefits or architectural qualities despite the incredible densities they achieve. For those who live in these structures, this experience of sameness and repetition can be relatively unpleasant. 56 Leonard Street acts against this anonymity and repetitiveness, emanating from so many towers of the recent past. Its ambition is to achieve, despite its size, a character that is individual and personal, perhaps even intimate.

The project is conceived as a stack of individual houses, where each house is unique and identifiable within the overall stack. A careful investigation of local construction methods revealed the possibility of shifting and varying floor-slabs to create corners, cantilevers and balconies – all welcome strategies for providing individual and different conditions in each apartment. At the base of the tower, the stack reacts to the scale and specific local conditions on the street, while the top staggers and undulates to merge with the sky. In-between, the staggering and variation in the middle-levels is more controlled and subtle, like in a column shaft.

To break-up the tendency towards repetition and anonymity in high-rise buildings, 56 Leonard Street was developed from the inside-out. The project began with individual rooms, treating them as “pixels” grouped together on a floor-by-floor basis. These pixels come together to directly inform the volume and to shape the outside of the tower. From the interior the experience of these pixels is like stepping into a series of large bay-windows.

The strategy of ‘pixelating’ rooms also happens in section, creating a large number of terraces and projecting balconies. While careful to avoid directly overlooking a neighbouring apartment, these outdoor spaces provide indirect visual links between people – maybe strangers – who share the building. Aggregated together, these houses-in-the-sky, form a cohesive stack, a vertical neighbourhood, somewhat akin to New York’s specific neighbourhoods with their distinctive mix of proximity and privacy in equal measure.

The top of any tower is its most visible element and, in keeping with this, the top of 56 Leonard Street is the most expressive part of the project. This expressiveness is driven directly by the requirements of the interior, consisting of ten large-scale penthouses with expansive outdoor spaces and spacious living areas. These large program components register on the exterior as large-scale blocks, cantilevering and shifting according to internal configurations and the desire to capture specific views, which ultimately results in the sculptural expression of the top.

Meanwhile, the base of the tower responds to the special character of Tribeca. This is a part of New York characterized by a wide range of building scales - from small townhouses to large industrial blocks and the ubiquitous high-rise buildings of downtown. By grouping together ‘pixels’ of various sizes, including lobby, parking decks and housing amenities, the tower reflects and incorporates each of these neighbourhood scales.

The overall appearance of the tower is very much a result of accepting and pushing to the limit simple and familiar local methods of construction. As a volume, the building has extreme proportions – at the very edge of what is structurally possible – and given its relatively small footprint, is exceptionally tall and slender. The building also shows its structural ‘bones’ and does not hide the method of its fabrication underneath layers of cladding. Instead, exposed horizontal concrete slabs register the floor-by-floor stacking of the construction process and exposed in-situ concrete columns allow the scale of the structural forces at work to be experienced from within the interior. The system of staggering, setbacks and pixelation is further animated through operable windows in every second- or third- façade unit. This unusual feature for high-rise buildings also allows occupants to directly control fresh air intake.

Together these different strategies – considering the tower from the inside-out, responding to local scales, and maximizing the potential of local construction systems – produce a building where only five out of the 145 apartments are repeated. Furthermore, no two floor plates are the same, giving those who will live in this project their own unique home characterized by distinct moments of individuality within the overall stack. 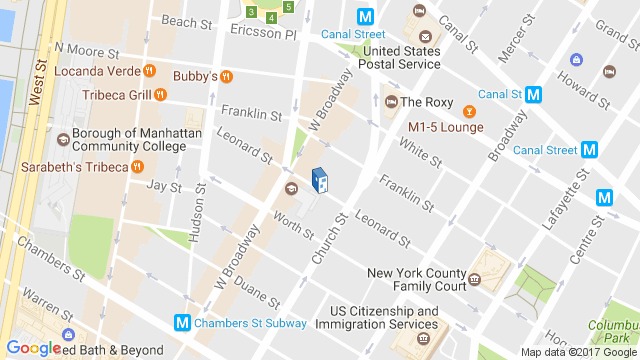