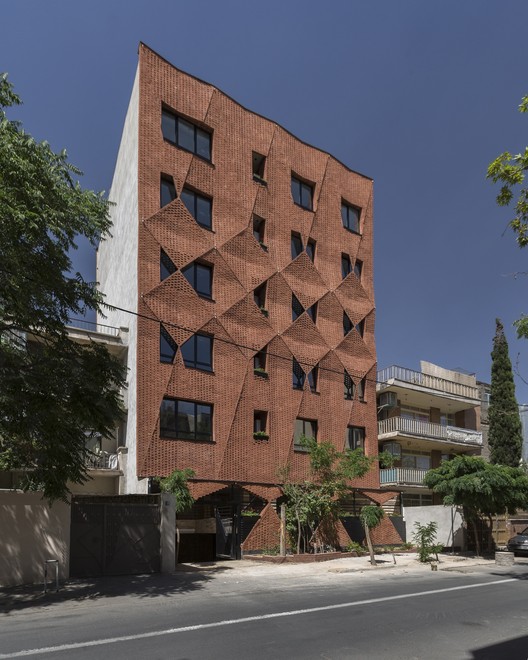 “Woof Shadow” building is a 5-storey building with 10 apartments, located in a middle class block in Tehran. Our main challenge to start designing was restrictions on implmenting the effective ideas in project, and designing some details after developing the structure. However, in the process of project design, a balance was made between employers’ demands, main ideas in design and participation in construction which led to changes in plan and other elements. Ultimately the building was developed. The project tried to provide continuity in the whole project through alignment of design lines and corners.

The current importance of land value reduced the terraces number and novel shades in urban views. To fill this vacuum we introduced a third dimension on façade to create a deep surface in external figure.

In designing the form, the surface had to be one piece with no cuts and using origami, a tri-dimension feature was formed by folding the two-dimension surface. The tri-dimension volume was achieved by creating new texture, creative layout and a body consisting of small pixels with no external addition to volume. The elements created “light and shade” to change façade into a structure in which, overlapped shades form the texture. We chose bricks, inexpensive material, as main element of façade formation as pixel materials that fit the design and more configuration with block texture.

Regarding view from floors, the highest visual pollution was in middle floors; thus, we took compactness of points and main nodes of plan and expanded the main plan through general geometry and its compatibility to each storey. The ventricular shell links with internal space which in turn, filters light and visual pollution, and provides privacy. To solve light reduction caused by bricks shell, we made changes in size of openings.

Window frames are unique characteristics of building as they provide various visual views of city to the viewer.

A green site was designed in the recessed southern wall as communication place with shades and beauty.

Due to complexity of design, we taught bricklayers by simulated models and used trial geometric model before operations. The bricks were laid by steel threads. This project is distinguished from similar projects by using dry bricks laying and in some cases, the bricks are sewed to main structure through gaps. The additional load problem was solved by distributing it among building floors. 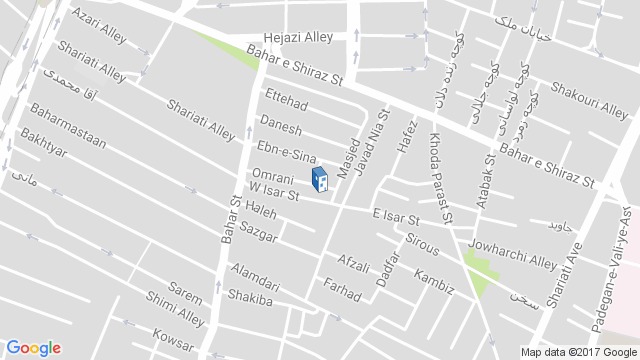 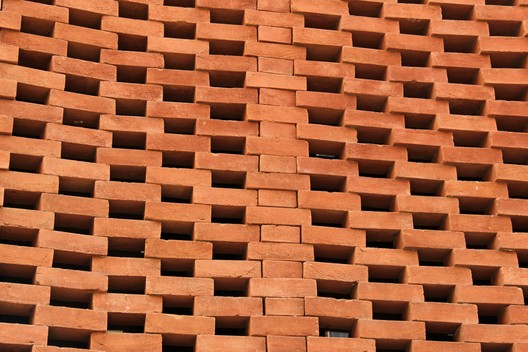