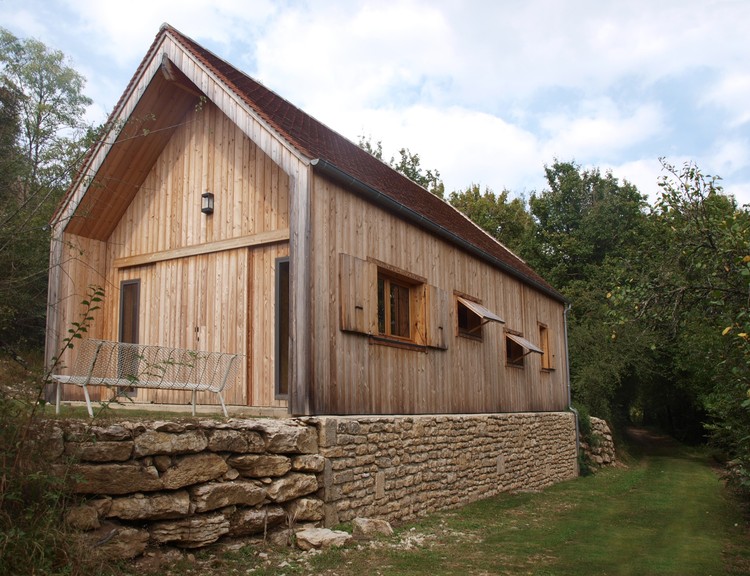 Text description provided by the architects. The project is situated in the municipality of Montfaucon, at the foot of a village, a former ancient country-house, in headland on the valley. The request of the customers was to have a garage and a workshop on their property which contained only a mill of campaign. The answer is a simple volume, sculptured and cut to answer a typology premises and a volume positioned in echos in the mill nearby.

The property has the peculiarity to be in bottom of valley on both sides, and for a brook and of a municipal way. The ground is in overhang of the way which is itself in overhang of the ground of the mill. The first choice was to position the mill along the way near the mill to begin to create a hamlet. The barn works with the mill and vice versa. The mill is constructed on a stone breast wall so releasing a maximum of the ground.

The construction is made in structure wood and OSB. The bardage is realized in larch non-treated in blade of two composed different widths randomly. The larch aged with the bad weather, the rain, the sun, the temperature. Every face of the barn hurries differently according to the seasons. Faces the most exposed to the rain tan whereas the one who are more exposed to the sun go pale and the temperature variations become soaked in the veins of the wood.

The roof is made by old traditional English tile. Its shape is inspired by that of the traditional roofs of the Lot: the roof on the side of the facade of access (the door of the garage) is made by a side.

In contrast, the facade of the studio is moved inward by the construction so creating a terrace, a protection against the rain and an orientation in the barn. The studio is due south directed bathing the studio and its terrace of light and heat.

This barn draws a place registered in its geographical, typological, esthetic environment, and which completely meets the expectations of the program 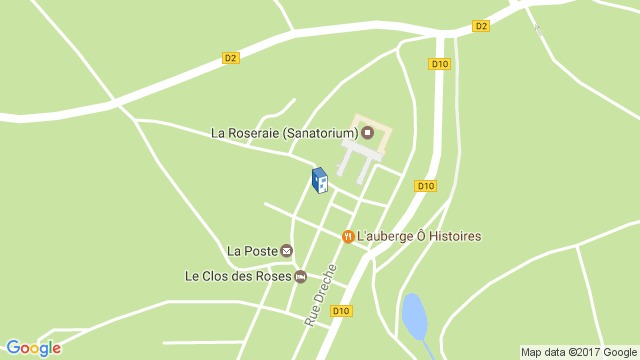