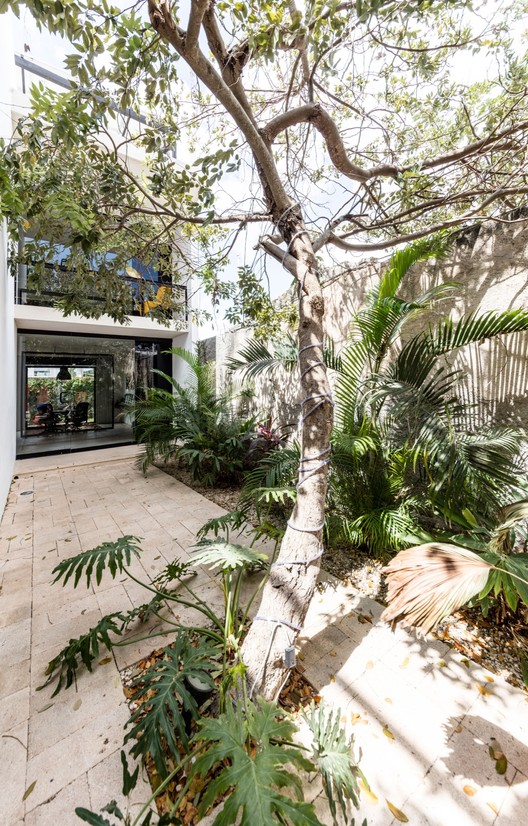 Text description provided by the architects. The preexistences are the fundamental topic of this essay, of what’s intended to be a set of offices, where the work goes into the background and leaves the prominence to those “tenants” that were there way before us. “When the nature prevails over the built”, was the premise for the design and the marked line that led us to make this office complex in the north of the city. An area of 10m wide by 29m of depth, just a block away from one of the main and busiest avenues, which links the avenue to the project through a small low-traffic street that also presents a variety of native trees on its surface.

The plan was to overlap two bodies in such way that they “trap” the trees and at the same time create a little alley to the outside, as a natural extention of the road but now with an urban crosswalk kind. This stroll or exterior path is the setting to contemplate the vegetation, it was created with a didactic purpose and to some extent a philantrophic nature. Further on, this transition or hallway will host installations by artists and architects as a gift to the city, as a space for the culture. A first volume in black glass welcomes us on the left side, reflecting in a mirrored-way on its polished surface the pre-existing vegetation as well as the new one that has been sown to confine the space, flank it and give it its directionallity, of the before mentioned path. Transparencies invite one to the inside and merge the interior with the exterior without any disruptions. The complex shelters two companies, one for Design and Advertising and other for Architecture.

For the distribution of the work spaces, it was decided to let the support areas in the ground floor: receptions, board rooms and administrative areas, while the top floor has the “workshops” meaning the creative or production areas from both offices which overlook the tops of trees. A sunroof , without major pretensions or formal complications, more than a semi-cover of solar pannels, allows to enjoy the pleasant city nights. The pallette used for materials and colors was of brief use: glass, steel in beams and lattice, blocks that were used for the floor, polished concrete and slabs in an apparent finish without paint, also light tones predominate in white and beige, and some black and wood accents as well. 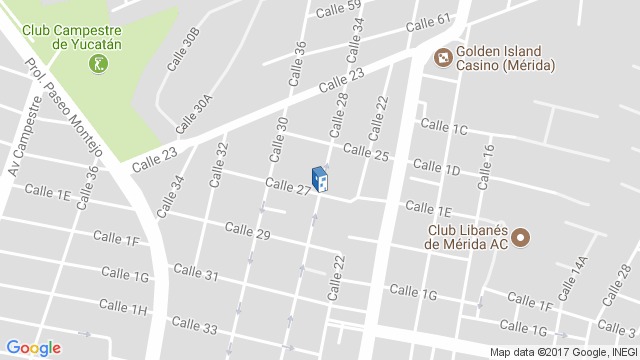