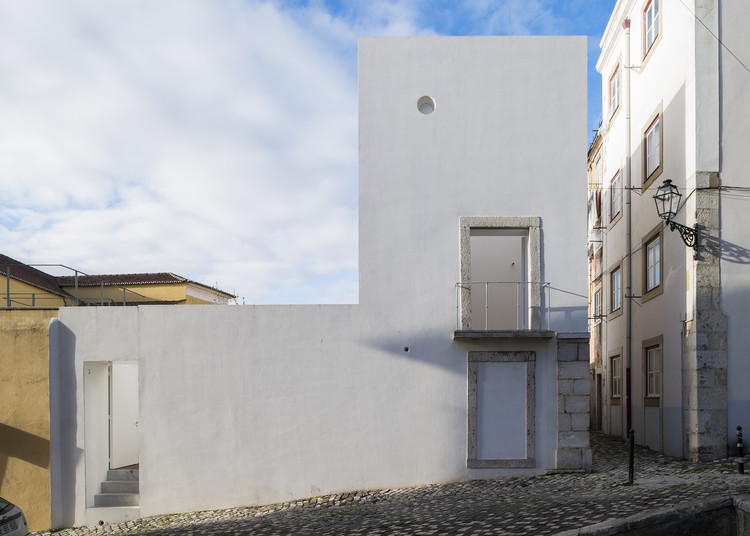 Text description provided by the architects. Up on Alfama, near the Monastery of St Vincent de Fora and the National Pantheon, there is a Little square, which marks a pause in the steep slope leading down to the river. This operation involves the rehabilitation of one of the buildings on the edge of the neighbourhood, a rare example of a medieval building in an area dominated by buildings raised since the earthquake of 1755. It was a simple residence, which had resulted from the break-up of a larger palace complex that still exists. Over the years, the occupation of this small building gradually led to the construction of new walls that defined interior subdivisions, resulting a house served by two courtyards. The house was extended and altered, and the courtyards were gradually occupied.

This intervention aims to clarify the internal argument of the complex, reinforcing its inner meaning. If the courtyards determine the organization, the spaces between them are what form the focus of the programme. The operation has resulted in four outdoor spaces, interspersed with narrow sheltered areas. The whole complex, with its unroofed appearance, gives the idea of a ruin; suggests contention, with the nature and parsimony of monastic cells; and also evokes pleasure, given the way the courtyards are available to be used as outdoor rooms, stripped of any immediate function. One of these outdoor rooms is filled with water, closing a cycle which, in the labyrinth of connections, is perpetuated.