For recent architecture school graduates setting off on their careers for the first time, being referred to by the traditional title of “intern” can feel a little trivializing – as a full-time employee with a completed degree and real responsibilities, the title does little to capture a new hire’s true role within the firm.

Cognizant of this discrepancy, the AIA is now taking steps to eliminate the use of ‘intern,’ a term grandfathered in from the days of architectural apprenticeships and more linear paths through the architectural profession.

In December of last year, the AIA Board of Directors updated the Institute’s official position statement clarifying the term “intern” to refer to a student working in an architectural office while still pursuing an architecture degree, and not to those who have already earned a NAAB-accredited degree and are currently working towards licensure. For those individuals, the AIA now recommends the use of the titles “architectural associate” or “design professional.”

"'Architectural' as the adjective and 'associate' as the noun means this individual is associating with the profession, with licensed architects, and working with them," explains Danielle Mitchell, Assoc. AIA, design professional at Fung Associates, past president of the American Institute of Architecture Students, and member of the AIA Intern Titling Work Group. "The phrase itself indicates that you're working toward licensure, toward the success of the profession, but you're not licensed."

The statement from the AIA matches a similar decision made by NCARB in 2015 to discard the title, though at the time offering no replacement term.

Removing the title entirely from use, however, will still face challenges ahead; several architects have already voiced concerns with the suggested replacement titles.

"Many firms already use 'associate' in an ownership or leadership sense," says As Alicea, an associate at Dattner Architects in New York City, "and you need to be registered to be considered a 'professional.' The chances of being able to change that nomenclature is slim, because once that box is opened there will be a rush to change other things as well. So there's a fear of opening it at all."

The National Council of Architectural Registration Boards ( NCARB), the governing body for much of the architectural profession in the US, is taking steps to take "intern" out of architectural vocabulary. 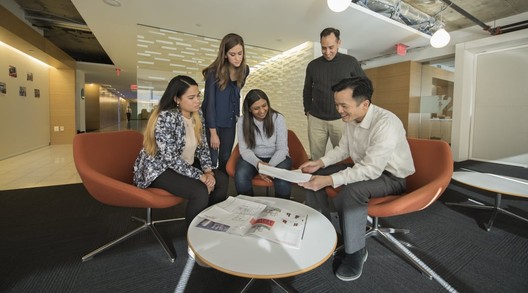