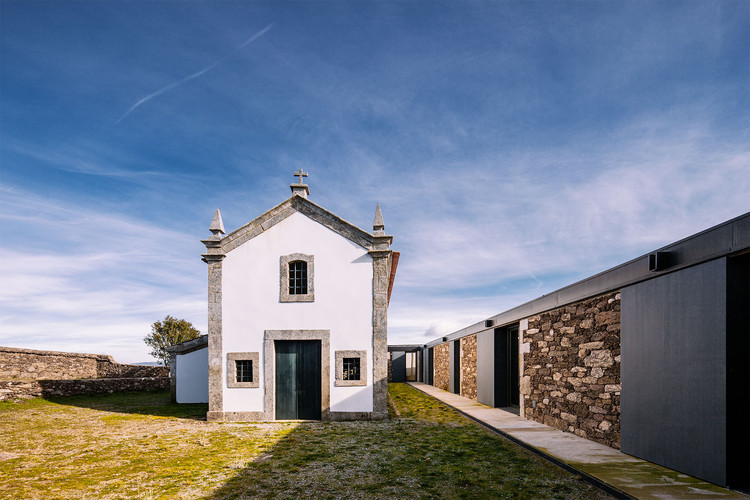 Text description provided by the architects. The project of Quartéis de Santa Justa is located at the highest point of Monte de Santa Justa, in Ponte de Lima (Portugal) and have, besides the chapel, a structure that served as a shelter for pilgrims.

The rehabilitation project takes advantage of the existing facilities and the existing walled perimeter: the placement and programmatic distribution of the volumes was preserved and, in constructive terms, the existing was recovered, with the exception of the roof of the main building, which was proposed flat and made of metal sheet and extends northwards, in order to protect an external path. The existing exterior stone walls of the main building were maintained and the spans created by the distance to the roof were used to guarantee the entrance of natural light throughout the north façade. The programmatic distribution in this building was governed by the same principle of rehabilitation: the existing furnace was preserved and settled the location of the dining room and kitchen, at the west end of the main building; the two dormitories also took advantage of the previously existing compartments. The wooden floor and the vertical plane of folding of the beds and the ceiling in the same material, surround the whole space, ensuring a greater sensation of comfort. The main building was finished, at the east side, with a two floor volume, perpendicular to the previous volume, where two individual suites were displayed; at the lower floor, a storage area and public sanitary facilities were proposed to support the pilgrims. In the remaining intra-walled, in an uncovered area without previously defined program, was settled a location for camping, for situations of higher affluence. 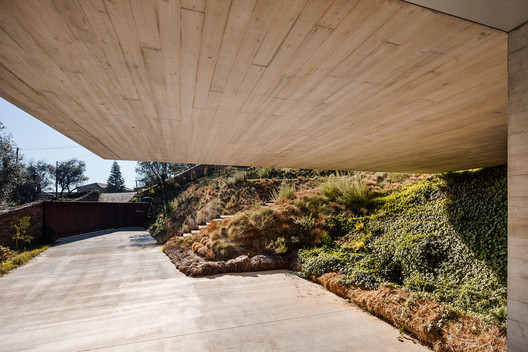