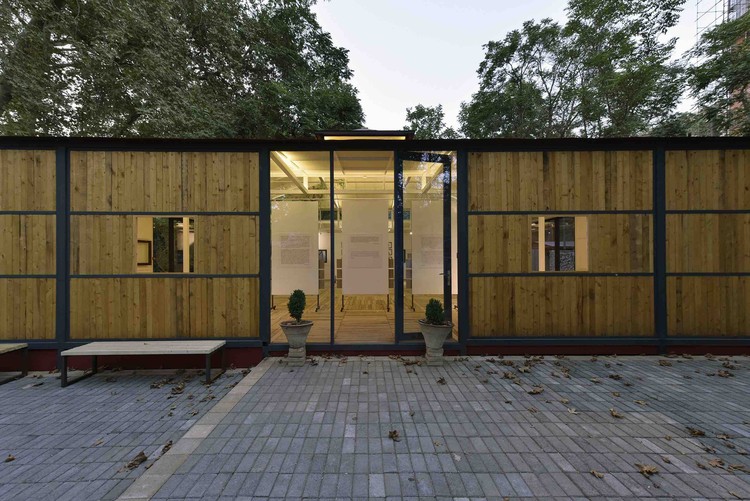 Text description provided by the architects. In Evin, the old up-town village in the Tehran metropolitan area the new construction of Kaaf-Foundation: Kaaf Exhibition Space has been newly settled down. The 225 m2 construction has been situated in one of the oldest and most charming gardens of north of Tehran which has been survived from the massive building construction boom in the district during the last decades. The project fights against the shrinkage and vanishing of the inner-city villages of Tehran.

This is a less pronounced aspect of the Tehran city that the new districts have sprawled over a number of ancient villages that were located in the region before two hundred years ago when the city became the capital of the country. These villages in recent years have been almost dissolved in the neighboring urban tissues, the shrinkage has happened during past three decades after the sudden population increase. One of the so called villages is the Evin village. It has been historically housing the gardens and the winter residences of Tehran’s old-town at the time of Qajars Dynasty. At the time the core city was wall surrounded and situated at the warmer southern lands.

Kaaf Exhibition space is located in the Evin village with a sightseeing of the Alborz Mountains at the north of Tehran but also under a dominant look of the Evin prison. The site is special because of its several more than 100 years old oriental plane trees. The Construction is purposed as a multifunctional exhibition space for the foundation dedicated to curating the contemporary national and international works of art and architecture.

The building’s architecture is result of specific principles that has been taken into consideration during the construction process. These principles have affected the projects personality and architecture. The building stands out in city’s contemporary architecture because of its simple and optimal usage of Rustic Materials. The intention to build with the employment of the ordinary and existing near-hand and recycled materials has given a local and simplistic spirit to the building that makes it have a different approach than some overly designed contemporary constructions in the city. The rough material choice and simple construction process has produced natural materiality and sincere textures for the walls and the ground.

The building’s volume is symmetrically shaped over a square grid with entrances at the middle of each of the four sides. Main square is composed of twenty five smaller ones (five division along each axis). Small square’s sides measure three modules of wooden stripe.  This formation also makes references to the traditional Persian structures used in gardens: the Kushk. In a Kushk the plan is mainly organized based upon the odd divisions of a square and has specific symmetrical organization according to each segment.

While resembling to a Kushk in the plan, the building approaches more specific conditions as an unprecedented exhibition space. The space goes further than the idea of a clinical isolated white cube for exhibiting the work of art; by being presented in brut and rustic material and with the strong permeability and the openings to the garden. The presence of the garden can be sensed through the openings place by place in the walls and though the up-lifts in the roof, were two ruptures domesticate the sightseeing of the trees. Further than this, two trees that has been previously located at the construction site has been remained unmoved not to violate their presence therefore they are represented inside the gallery. This approach makes the building to present itself not only as a place to see but a space to settle and see the outside, what is a fundamental function in a Kushk.

The interior panels size and design follow the same material and geometrical principles of the building and makes the project materialization of a unitary idea. The project can be considered as a place that tries to introduce a new  space for showcase of art, a contemporary oriental and specific space with looking into traditional principals. Something that might not fall into the object oriented spaces of exhibition that isolate the act of expecting, but to celebrate the idea of living and spectating also being oriented towards the nature. 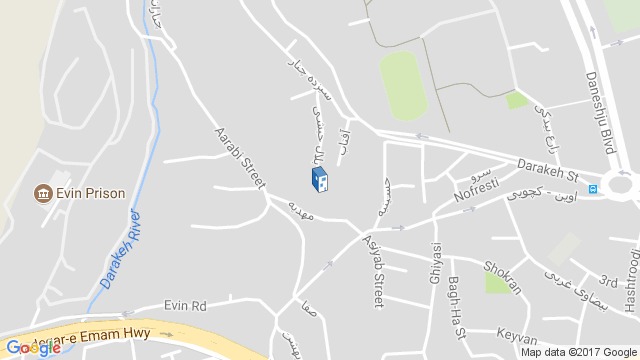 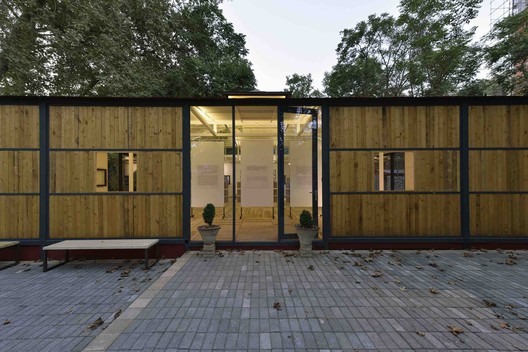