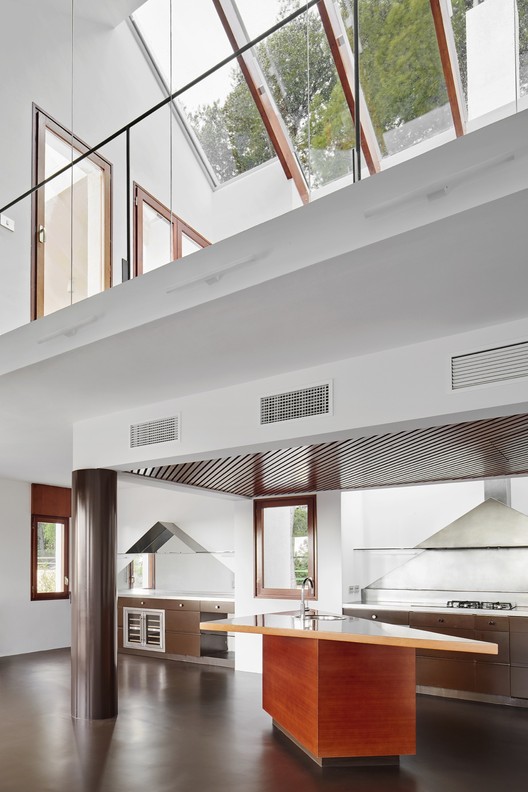 Text description provided by the architects. This detached house is situated on a hillside dotted with houses with sea views. It is a building of the 70's with a strong character. The distribution, which was highly subdivided, was not suitable to the needs of the customers. Besides living in the house they wanted to work in it, and also to have an area with certain independence and privacy for their teenage children. The project basically was focused on the interior refurbishment that intended to adapt the existing space to the new functional program.

The house has 2 floors and its staircase is placed in the centre so that it divides each floor into 2 zones of similar size. Originally, it was very luminous and with a plenty of windows and small terraces facing to the south. For that reason, the project proposes a more open distribution that takes advantage of these characteristics of the pre-existing state.

The intervention establishes a really definite language in contrast to the original state in terms of geometries and materials - continuous floor, triangular furniture, articulated doors – but it also uses the resources of the pre-existing architecture, reusing and moving windows and playing with the original wood chromatics.

The area of the children is located in the east wing on the floor where the main access is and it´s constituted by a sequence of rooms arranged around a large hall that works as their own living room. Each bedroom has an adjoining space as a study room whose level of connection to the common area could be regulated through a system of doors split at mid-height similar to the ones of a stable.

The west wing of the access floor contains the kitchen, the living and the dining space, which are interconnected to the office with a double height space.

The office is placed on the pre-existing terrace that was covered with a skylight, while the rest of the upper floor, separated from the office by the staircase was conceived as the parents area. 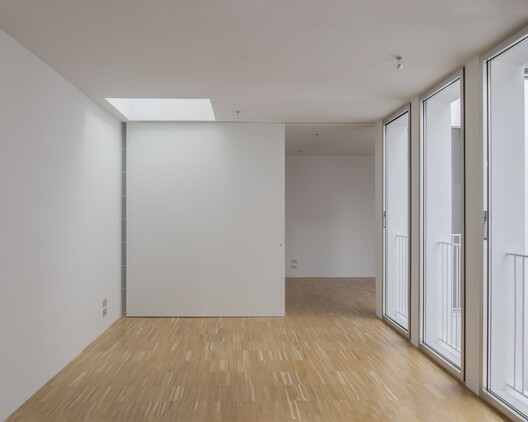