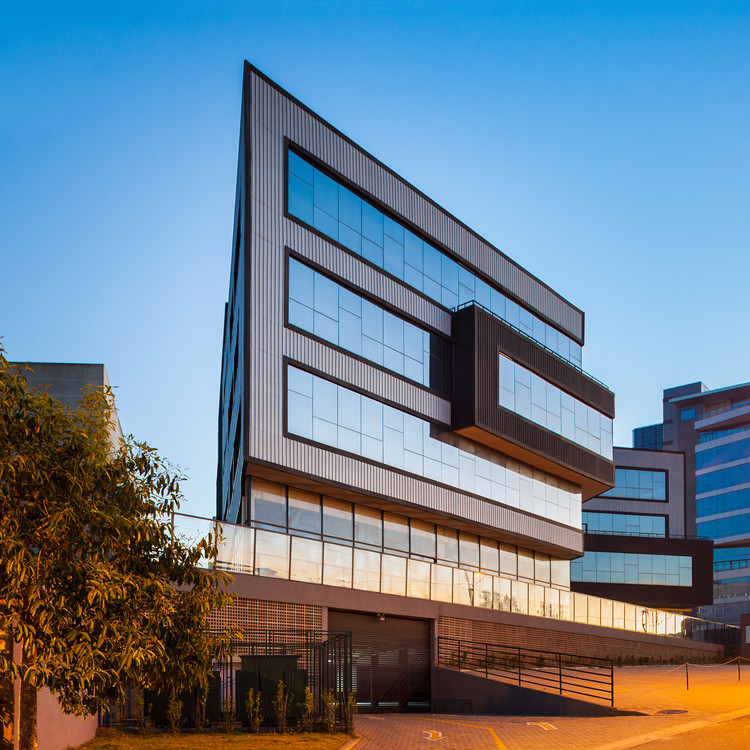 Text description provided by the architects. São Paulo, 2017 - A large 1,000-square-meter slab construction - something rare in the region of Alphaville, a neighbourhood of Barueri (SP) - was the client's request to the brazilian office of architecture MM18 Arquitetura, led by the architects Mila Strauss and Marcos Paulo Caldeira, for the corporate building project Nova Quest. When MM18 studied the ground, very irregular, the L shape with the first side parallel to the front of the lot was the one that resulted better use, but generating the sharp sharp angle that ended up giving the nickname to the building.

Another demand was that the construction needed to be fast, and with that need, the construction system adopted was the pre-cast concrete construction widely used in the region. The great challenge was to reconcile innovative ways with the conventional building techniques of the existing shed buildings in the region, adding aesthetic value to the Nova Quest.

Overcome the challenges of finding the company that would accept to produce the pieces of irregular shapes, the assembly worked like a puzzle. The one-piece pillar structure on all floors has been installed. Then the beams came, and then the flagstones. The building has three floors, plus the ground floor and basement, has a total area of 6 thousand m².

Built for an investor himself to receive his own company, the other floors were available for rental. On the ground floor were restaurants, shops and other shops. Built in the mold of a shed, Nova Quest was a low-cost building.

In addition to glass - to take advantage of natural light -, the predominant materials were the metallic tiles and the elements cast in concrete. The lighting design is of the MM18, which adopted yellow electrodes to highlight the lighting of the building. 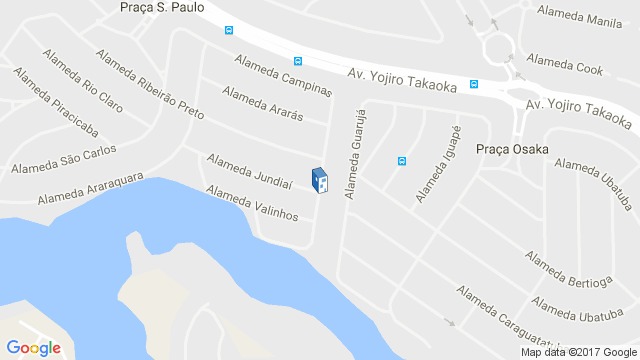 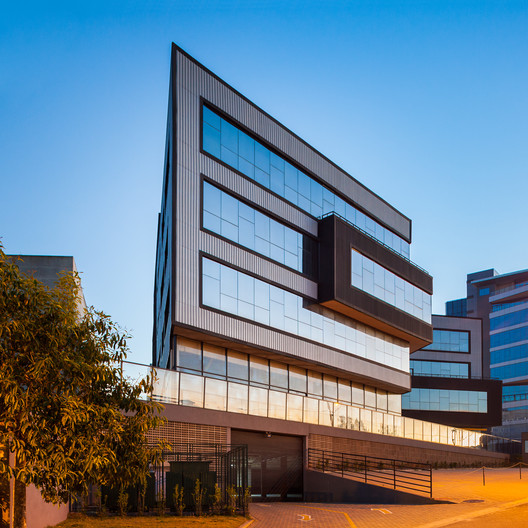