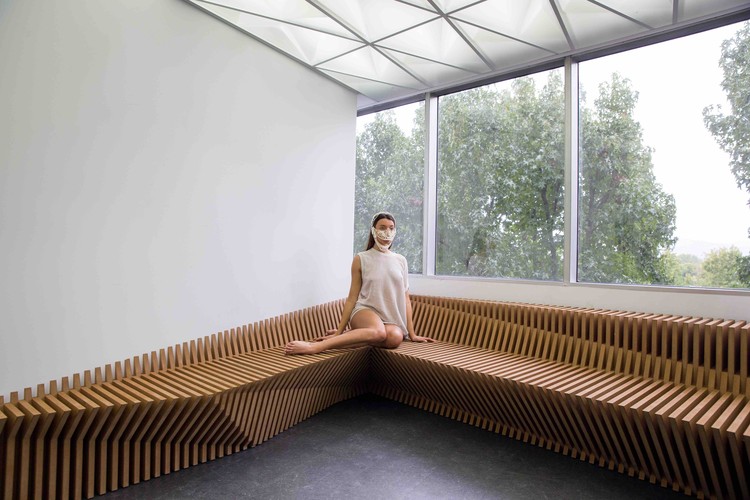 Text description provided by the architects. In his essay, “On Trial 1: The situation. What architecture of technology?,” published in1962, Reyner Banham called the suspended ceiling a “Utopian or a Dymaxion dream.” He maintained that suspended ceilings had achieved a degree of industrialization, flexibility, and interchangeability of parts—accommodating a range of services such as heating and cooling, ventilation, lighting, sound, fire-extinguishing, acoustic control, etc.—that far surpass the limited functions of exterior paneling or curtain-wall systems. “Taken grosso modo, one-offs, off-the-pegs, standardized and specialized,” he wrote, “all together, suspended ceilings represent probably the greatest achievement to date in accommodating technology to architecture.” Yet, despite its remarkable all-pervading presence, in Banham's view, the suspended ceiling had been unremarked in the mythologies of modern architecture. “No one is for or against suspended ceilings,” he argued, “and yet they constitute one of the most sophisticated elements in the technology of architecture.”

Today, five and a half decades later, not much has changed. The suspended ceiling has continued to be an unseen, invisible or indifferent element of architecture, and its design has almost completely remained unchanged, unchallenged. This project aims to respond to this idle condition of the suspended ceiling by exploring its potential in contemporary architecture. Designed for a dental office in Woodland Hills, California, the suspended ceiling acts as the main organizing system for a programmatically dense space that consist of a reception and waiting area, a consultation room, an imaging room, a dental lab, a business area, a sterilization area, a doctors’ office, three consultation rooms and two surgery suites.

A standard Tee bar aluminum ceiling system—with two-foot groove spacing on the main ’T’ and two-foot cross ’T’s—is used to create a new grid of isosceles triangles with side lengths of 2’,4’,4’. The new grid forms an organizing system that determines all the spaces within the office. The ceiling grid is then infilled with nearly 400 vacuum-formed acrylic panels. The panels consist of five unique types, all made from a combination of zero to three pyramids, which—with the possibility of being placed facing both up and down—create ten different conditions. Fluorescent lighting is installed behind the ceiling panels and spread evenly across the space. For panels that accommodate HVAC, a special transition units are designed that connect the circular ducts above the ceiling to the triangular openings of the acrylic panels.

The reception and waiting area furniture of the office is made as a single piece, consisting of 592 CNC-cut MDF pieces. The sectional variations allow the piece to transform from a reception counter and business area desks to seating areas and benches. The geometry of the piece is derived from two volumetric systems that intersect and interweave—one corresponding the the business area and the functions of the staff and the other to the waiting area and that of the patients. Through this programmatic and geometric mediation, the furniture provides different standing, sitting or relaxing positions, tying the working postures of the office staff to that of the waiting patients. 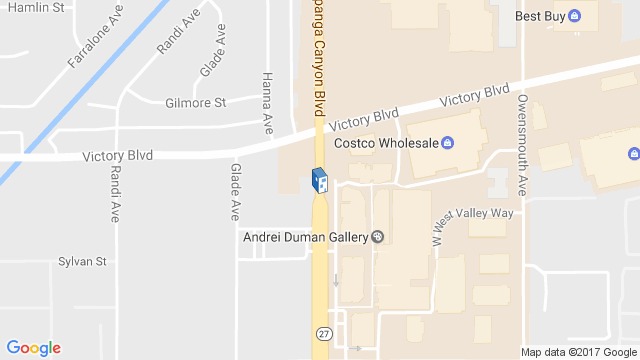 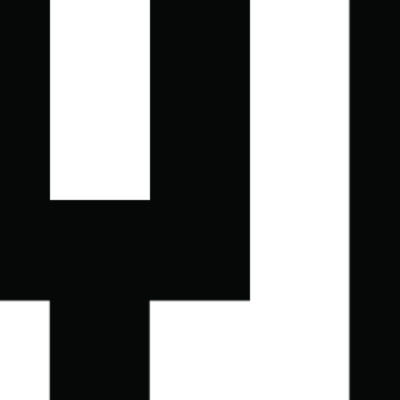 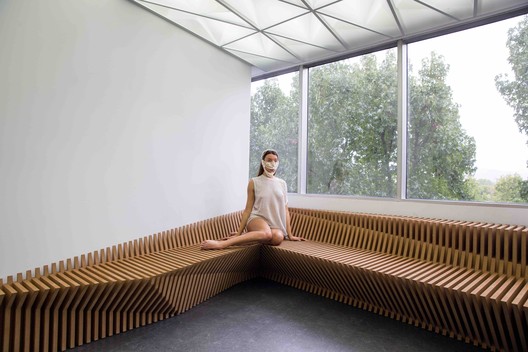