As a young boy, Santiago Calatrava's fascination with light in his native Valencia fueled his determination to draw, design, and eventually build. His Ciudad de Artes y Ciencias (City of Arts and Sciences) is a perfect example of the influence of the Valencian sun on the architect's work. The seven cultural buildings define a formal vocabulary all their own, with a dynamism between blanched curves and rhythmic visual patterns. So bright it almost glows on clear days, the materiality of the structures emphasizes the ability of light to outline the spatial relationships between Calatrava's shapes, and shift them as the sun moves through the sky.

In his most recent photo series, Sebastian Weiss has captured the tendency of the shapes of the City of Arts and Sciences to "complement each other and even merge to a harmonic unity," as the photographer himself puts it. The photos were originally featured on his Instagram, @le_blanc, and develop a new way of looking at the oft-photographed tourist spot. His images imagine the complex as a pulsating "light-space installation" of equally systematic and creature-like forms in constant conversation with one another. The series gives the sense of looking at different sections of a particularly beautiful beast—its ribs, underbelly, horns, etc.—captured within the complex's shallow pools. 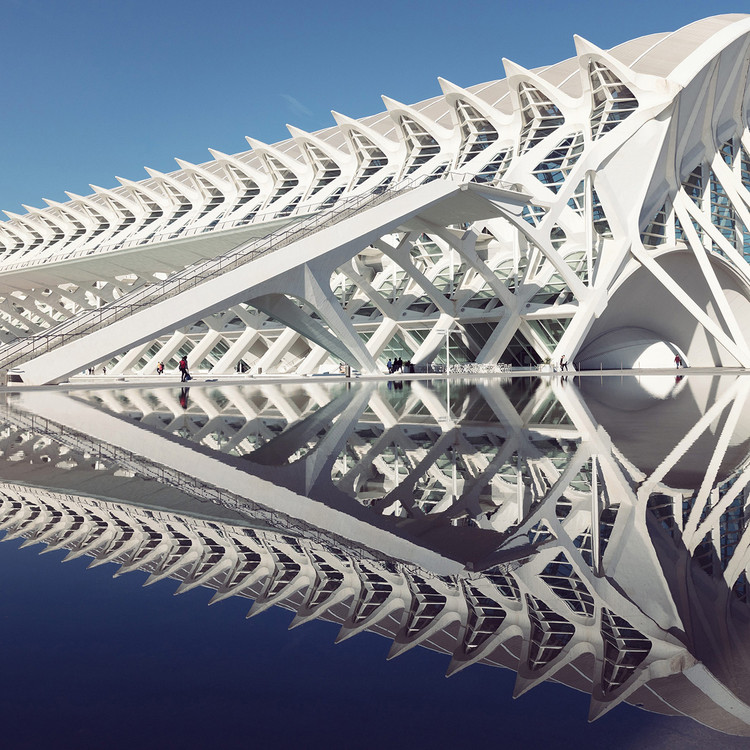 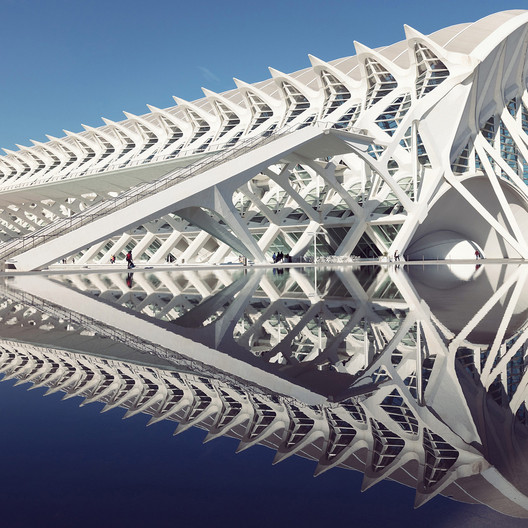