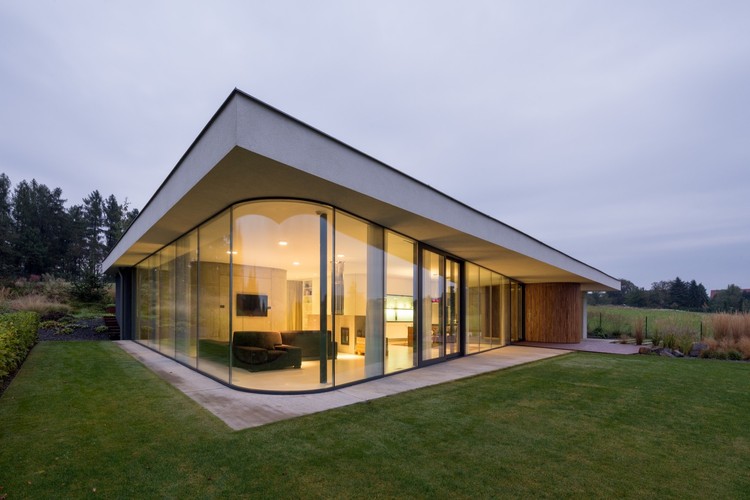 Text description provided by the architects. The investor approached several architectonic studios with a clearly defined task: a house for a specific parcel which would be as open as possible towards the panoramic view of the Beskydy Mountains and would serve as a home for a couple with grown children.

The house is situated in the upper part of a plot on a southern slope. A garage is proposed for the lower part of the parcel.

The layout was designed as a freely flowing living space, inserted between two horizontal slabs. In the centre of the house there is a bedroom proportioned in such a way that in the future it could eventually serve as a golf driving simulator. The quiet area is oriented towards an intimate patio on the north side of the house. In contrast, the entire southern part of the house is glazed. A solitary sauna extends from the interior of the house onto a terrace with a future swimming pool. 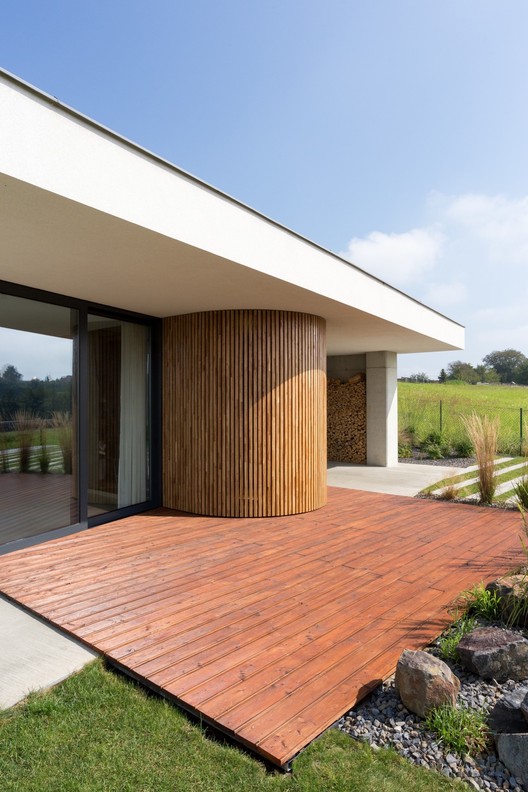