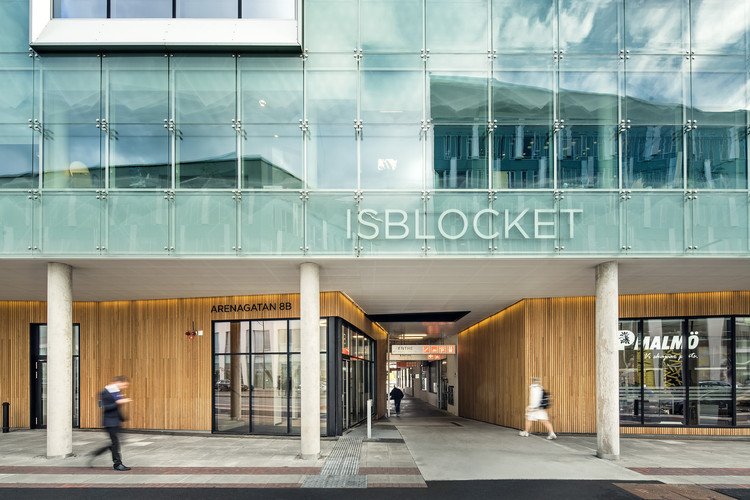 Text description provided by the architects. In the rapidly expanding city district of Hyllie, FOJAB arkitekter was commissioned to plan and design a new office building at the station square. The building connects on every floor to the parking garage (designed by FOJAB). At ground level there is a retail space and a passage through the block. The adjacent parking garage and a limited site area of 85 x 12,5m, demanded a narrow building with a one-sided facade.

The main aim of the design was to create a characteristic building with an iconic facade, inspired by the place, its function and the Nordic light. The heart of the building is a generous staircase which, with its strong form, meanders up over a glass floor. The facade consists of a double glass structure in which the outer layer has white dots to create a pattern that mimics the cracking of ice. The pattern on the glass also creates an effective solar shading system, which made it possible to use a glass facade on a one-sided building, despite the direct sun exposure. The pattern varies in density on each floor level and creates a smooth transition between the transparent and opaque surfaces of the inner facade. The room heights towards the facade allows natural light to permeate the entire floor.

In some parts of the facade, the stainless steel frames, protrudes from the outer layer of glass, creating a break in an otherwise smooth and shiny facade. In the arcade courtyard towards the square, the facade is covered with oil-finished oak boards which, with their warm hue, create a contrast to the otherwise cold facade above. The facade continues upwards over the eaves, which forms the railings for the terraces.

With the fragmented facade lines, the building volume reinforces the character of a block of ice, while simultaneously relating to the receded volume of the parking garage behind. In the play of volumes, large terraces are created, which overlook the main square to the west, the city to the north and the canola fields to the south. 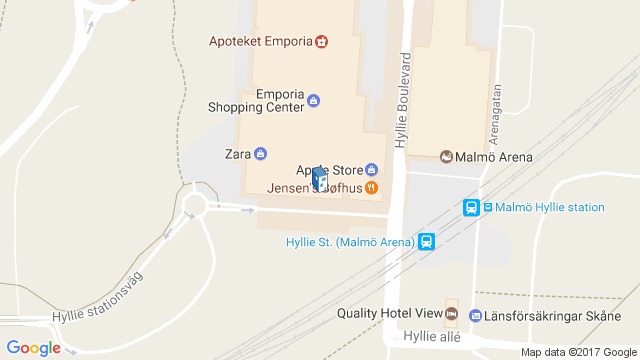