Save
Administration of the Municipal Water Supply / VTria Architects 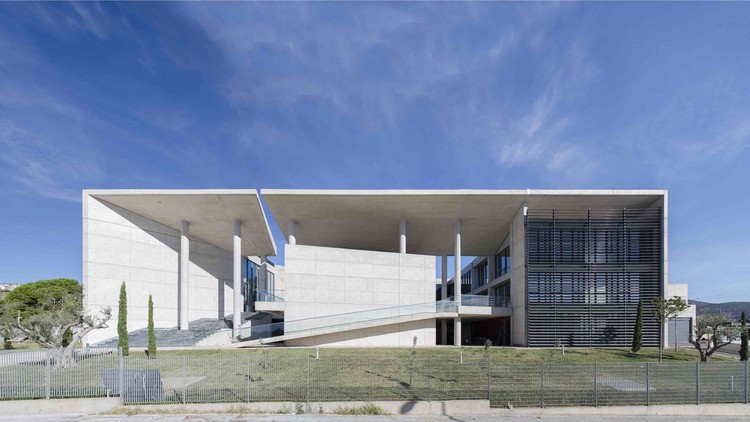 Text description provided by the architects. The building houses the Administration of the Municipal Water Supply of the city of Lamia. The plot is located at the east end of the city on the junction of its two main entrance arteries.

The designing process aimed to create an iconic,  interactive and extroverted building that is open, accessible and welcoming to all of its users. The powerful east-west axis that connects the building to the urban centre penetrates into the building’s volume and it constitutes the main design axis that turns its orientation to the South.

The basic characteristic of this project is its sustainable design. By installing a horizontal geothermal system which covers the entire area of the plot, we took advantage of the ground’s stable temperature and we reduced the electric consumption needed for heating and cooling to its minimum. Adding to the previous, the placement of solar panels applied on the glass surfaces and on the roof of the building, converts it into a zero impact building governed by sustainable and bioclimatic principles.

The architectural synthesis of the building, follows the geometrical archetypes of “stoa”, "propylon" and "atrium".

The volume of the building is composed by a playful rhythm in between massive exposed concrete walls followed by permeable voids. This varied composition creates a vivid perforated space,  showing clearly its public character. The level difference of the plot leads to the creation of a two-storey wing to the North and of a three-storey wing to the South. Its Western facade is the one that has a direct visual connection with the city and therefore it is used as the main entrance of the building.

The existence of a large number of entrances, staircases and ramps gives movement to the synthesis and allows the visitor to enjoy a vast choice of architectural promenades and alternating views of the exterior and the interior of the building and its surroundings. A network of vertical, horizontal and diagonal axes, cuts through the massive volume of the building. This generates multi-shaped surfaces with fissures and gaps and boosts the sense of penetrability of the outer shell of the building.

The atrium is comprised of several sitting spaces, water surfaces and falls, vegetation and areas for social activities. At the same time, it contributes to the optimal performance of the sustainable character of the building by creating micro-climate conditions that cool down the working areas during summer.

One of the main purposes of the designing process was to create areas so that can be used by the public for all kinds of cultural events. The architectural interactivity between the atrium and the amphitheatre, gives the sense of continuity and connects these two areas, adding to the public character of the building.

The two-storey reception area is located on the west side of the building. It is designed as an open and extroverted area that intends to welcome the citizens and create a powerful link between the building and the city.

By adding or subtracting pieces of the outer structure, the building’s shape is being changed and transformed into creating a vivid and dramatic effect. This stereotomic process molds the project’s clear geometric shapes into producing a notional structure that expands the spatial experience. The building constitutes now a portal to the city where the Urban grid penetrates into its mass. 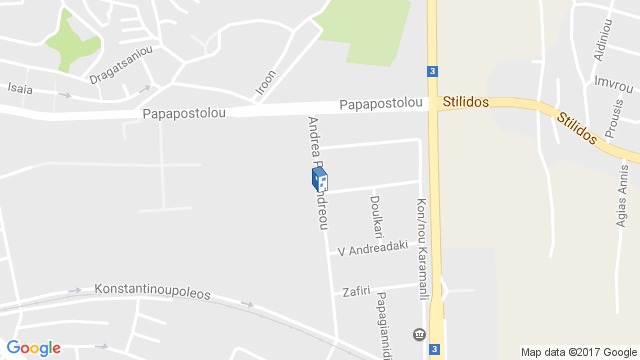 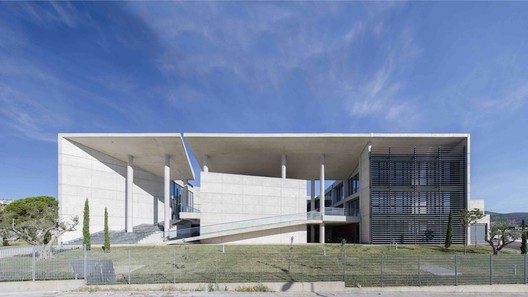