Save
Villa in Debrecen / Archiko Kft. 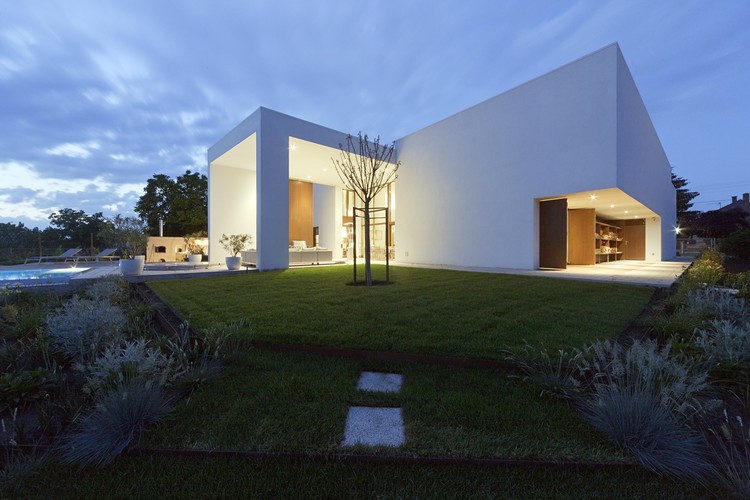 Text description provided by the architects. The building is located in the former rural outskirts of Debrecen. The site was formed by merging three narrow parcels – this defined the design concept of the house. The building was divided into three main volumes. The middle unit serves as the main „family” area of the villa, providing a seamless transition between interior and exterior spaces. It also connects the more private living spaces of the northern unit to the kitchen, study and library in the southern volume. A similar tripartite division of the interior functions is a noticeable characteristic of the century-old houses in the inner city.

On the outside, the building presents two faces. The facade looking onto the street was intentionally left blind while the opposing side on the rear opens to the garden. Here, the central axis is accentuated with a patio and pool on the outside. The living room in the center becomes a transitional space between the inner courtyard and the garden.

Instead of traditional windows, glass walls and skylights fill the interior with natural light. The large wood panels can be rotated, opening the otherwise solid facade walls. 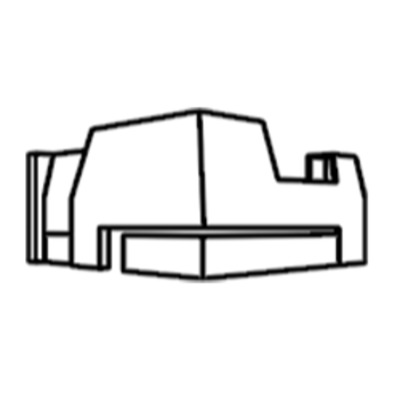 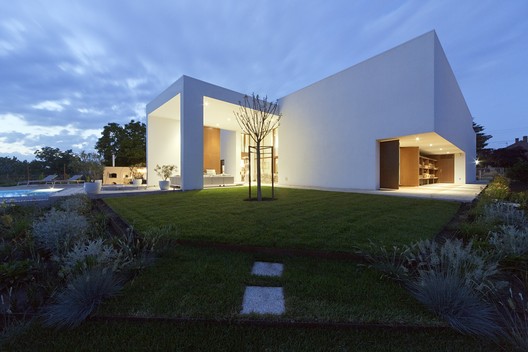