The Getty Research Institute has announced their acquisition of the Frank Gehry Papers, a major archive covering work from the architect’s career, including drawings, partial and complete models, project documentation, correspondence, photographs, slides and related materials pertaining to 283 projects from Gehry’s early to mid career.

“Frank Gehry is undoubtedly the world’s most famous living architect. This extensive archive, covering the first three decades of his illustrious career, offers an in-depth look at the genesis of Gehry’s distinctive style and includes many of the projects for which he is internationally known,” said Thomas W. Gaehtgens, director of the Getty Research Institute. 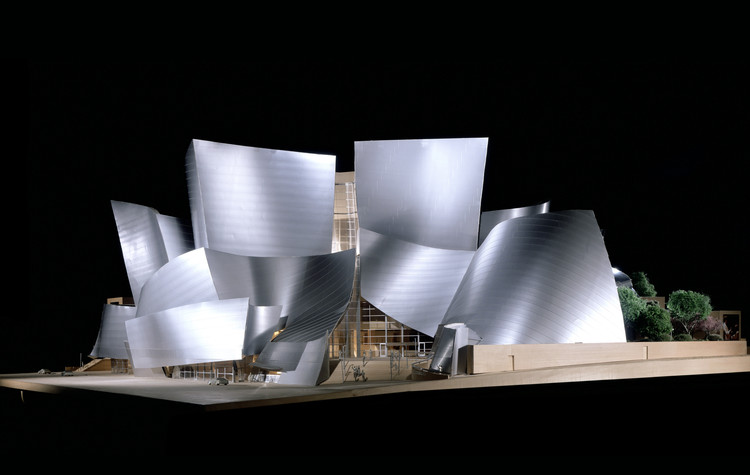 “The Getty Research Institute’s architectural holdings, especially in modern and contemporary architecture and design from the West Coast, are unparalleled and widely used," Gaehtgens continues. "This standout addition connects with threads throughout these collections, and I’m sure it will quickly become an indispensable resource for researchers and curators. At the Getty, we have enjoyed a long, fruitful relationship with Mr. Gehry for many years, and we’re so proud to give this archive a home and to further his rich legacy.”

The collection ranges from as early as Gehry’s graduate studies, beginning with his unbuilt designs for the Romm House in 1954, to his competition entry for the Walt Disney Concert Hall in 1988. The collection also contains early design drawings for future projects such as the Grand Avenue Project (yet unbuilt) and materials produced after 1988 produced for projects initiated prior to that date, such as construction documents for the Walt Disney Concert Hall. Other documents include materials for the Loyola Law School, 1520 Cloverfield, and the Gehry Residence in Santa Monica. In total, the Getty believes the documents “offer a comprehensive portrait of the emergence and rise to prominence of Gehry’s architectural practice over a 30-year period.”

“This archive constitutes a unique scholarly resource for research into postwar global architectural culture,” said Maristella Casciato, senior curator of architectural collections at the Getty Research Institute. “The collection details important architectural trajectories in the decades which witnessed shifts away from high modernism to early postmodern vocabularies, and then to high-tech and digital architectures. Frank Gehry was a powerful figure in this evolution. He contributed to the essential concepts which put Los Angeles and its particular architectural vision at the center of the global architectural discourse.”

In addition to the physical material, the archive includes digital files for projects including the Vitra Museum (1989), the Disney Concert Hall, and the Grand Avenue Project.

“I’m honored by the attention of the Getty Research Institute delving into the history of my work, my beginnings, and other things that I never thought anybody would be interested in,” said Frank Gehry. “I’m very moved that this great institution, with its resources to search for the best examples of creativity in our world, has found me an interesting party. I will be forever grateful.”

Selections from the archive will be displayed at the Getty Research Institute during the Berlin/Los Angeles: A Space for Music exhibition, on view from April 25 to July 30, 2017. Learn more about this event, here.

News via the Getty Research Institute.

Internationally acclaimed architect Frank Gehry (born 28 February 1929) has been headlining architectural news platforms since he established his Los Angeles practice in 1962 and remodeled his home in Santa Monica. Notorious for his expressive use of form (and its sometimes inflationary effect on project budgets), Gehry is best known for the Guggenheim Museum in Bilbao, which fellow architect Philip Johnson once dubbed "the greatest building of our time."

Completed October 23, 2003, The Walt Disney Concert Hall celebrates its tenth anniversary today. Home to the LA Philharmonic, it has received wide acclaim for its excellent acoustics and distinctive architecture. In the decade since its opening, the hall's sweeping, metallic surfaces have become associated with Frank Gehry's signature style.