Save
What Are the Most Popular Architecture Websites in the World?
Share
Or
Copy

At a time when so much of what we do happens online, there is a lot we can learn from tracking the way we use the web. Alexa is an Amazon company that sells data insights from millions of Internet users aimed at business owners (we'll save the data ethics discussion for a different day). A selection of Alexa's data is available to the public, with the company presenting a list of sites with the highest average daily visitor and pageview counts—including a list of the biggest websites in the architectural world, from yours truly on down.

But which is the most popular architectural firm, school, or individual building? Continue reading to find the top architecture websites for each category based on Alexa's count of the past month's traffic—there may be some surprises!

Foster + Partners is more than your average firm; it's a massive network of seven offices worldwide with projects on every continent but Antarctica. Its sheer presence is enough to generate tons of traffic from around the world, but the recent announcement of Apple Park's opening in April likely drew in more visitors than average. The next four firms to top the list are Richard Meier, Steven Holl Architects, Santiago Calatrava, and Bernard Tschumi Architects.

The Rhode Island School of Design certainly has a respected program for architecture education, but it's likely that the surprising amount of visitors to its website are also coming for its famed visual arts curriculum. Prospective students may find themselves repeatedly checking admissions requirements, which for undergraduates include a notoriously abstruse portfolio prompt. The next most popular institutions in this category are Harvard GSD, The AA, and TU Delft.

Gaudí's Sagrada Familia is obviously stunning. It's one of the most-visited places in one of the world's most-visited cities. In addition to historical information and virtual tours, the website provides ticketing and tour booking for visitors online, so it makes sense that tourists looking to avoid the cathedral's notoriously long queues would provide a steady flow of traffic to the website. The Palace of Versailles and Burj Khalifa are next on the list.

While it may not be the most favored print publication among architects, what Architectural Digest lacks in articles that aren't about interior design, it makes up for with a wide readership that comes from both inside and outside the professional design world. The magazine's website is filled with photo features and web-published articles accessible to those without a subscription. And if design enthusiasts aren't reading Architectural Digest, they're reading Dwell, which is the next most popular print-media publication on the list.

The forum isn't dead! Skyscraper City is an active community of discussion about urban developments from everywhere on the planet. On one day in 2016, 37,860 members were logged in at once to join in on over one million threads hosted by the site, engaging in conversation that is generally less combative than many of the web's comment sections.

This is an interesting one, as the United States highway system for which the FHWA is responsible is persistently portrayed by the media as a crumbling fiasco. But that could also be precisely the reason for the site's popularity: the administration publishes usage statistics, funding, policy, and future planning strategy, which are all useful to anyone who is concerned about the future of the United States' highways, bridges, and tunnels.

You've seen them cropping up everywhere: HGTV, the Ikea showroom, even your neighbor's backyard. Tiny houses are beyond trendy at the moment. Tiny House Talk began in 2007 and is run by a small group of tiny home enthusiasts who aim to provide potential tiny home owners with resources to get started. The blog publishes news, personal stories, and informative guides, as well as a digital magazine.

The ASLA website posts meeting times and news for its over 15,000 members, as well as guidance for aspiring landscape architects on possible education and career paths and licensing. The site holds an abundance of information on sustainable design practice and other resources, and bills itself as an authoritative source of knowledge for anyone looking to learn about the field.

NewsArticlesWebsiteslists
Cite: Isabella Baranyk. "What Are the Most Popular Architecture Websites in the World?" 02 Apr 2017. ArchDaily. Accessed . <https://www.archdaily.com/868179/what-are-the-most-popular-architecture-websites-in-the-world> ISSN 0719-8884
Save 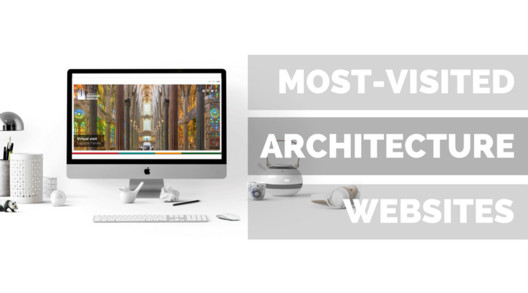