Text description provided by the architects. The project tries (seeks or aims) to make visible the current moment of the city of Lima, and especially the neighborhood of Miraflores, in which the great cultural density of Lima is intermingled with cosmopolitan lifestyle. This is expressed in all the temporal spheres of society, reaching its best formal representations in literature, decoration and gastronomy.

This cultural density is perfectly combined with a good amount of sophistication and results in the great Peruvian cuisine that surprises the world in the current fervid foodie scene, as it was recently described by the NY Times.

An initial concept then appears, which allows us to advance under a guideline: SOPHISTICATION.

The challenge was to build a building that reflects this value and initial concept, through design, with the challenge of consolidating itself as the best residential building in Lima and as a reference in South America.

How not to replicate this concept in Architecture ?, How should be a project that speaks the same language? That is the initial challenge.

Just as the kitchen attempts to rescue the roots of this Peruvian cultural density, the challenge is - from Architecture - to rescue the modernism of Miraflores. The one that had been lost by the growing insecurity and that today, with a more secure city, recovers all sense. How to recover the dignity of public space, how to integrate the pedestrian, this new citizen of Miraflores: cosmopolitan, urban, cultured and sophisticated, in a building that inspires "life from another angle." 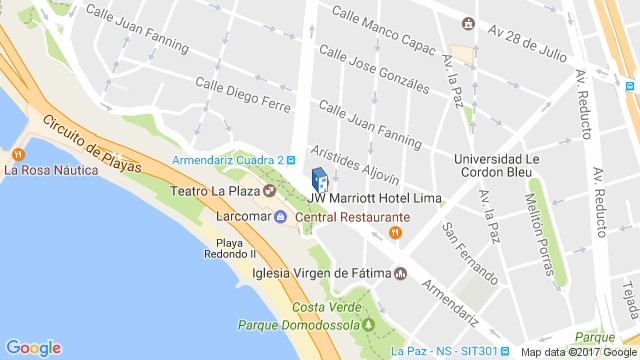