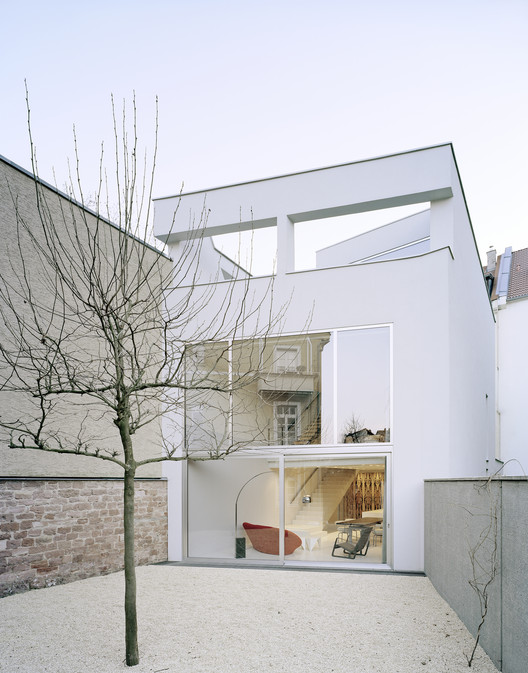 Text description provided by the architects. This former Café is situated in the Western Quarter of the city of Heidelberg West, and in its previous incarnation, was the hotspot of the local art scene in the 1950s. Unfortunately, this building was disfigured in its later years and required a complete renovation to restore it to its former glory and to return it to a quiet oasis in the city.

The building lies parallel to the main street but is located in the “second row” behind a cohesive, five-storey housing block typical of the Heidelberger Weststadt. Since the 1980s the building was exclusively used as a residence. A new concept - home and office, public and private use - now called for a dismantling of the modifications made ​​earlier. To make the edifice usable meant restoring the two-story space to the garden as originally envisioned and constructed directly after the Second World War.

The former two-storey building has been increased in height; above the earlier roof, there now exists comfortable living spaces facing the southeast roof terrace. Facing the heavily frequented Römerstrasse, a narrow shop window marks the entrance to spaces dedicated to a small architectural office. Inside, a long narrow space connects the ‘front house’ to the residential spaces deeper in the block.