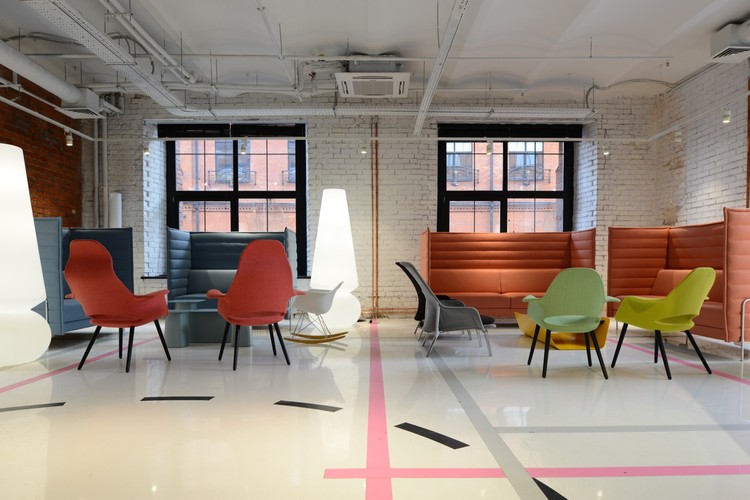 Text description provided by the architects. Web portal Championat.com is one of Russia's leading sports streaming websites, focused on the live coverage of the sporting events.

Championat.com belongs to a large media holding Rambler&Co, and the editorial office was moved to Danilovskaya Manufactura, formerly a manufacture, to join other subdivisions of the media company headquartered in this loft-quarter.

Business goal. The main goal was to create an efficient and collaborative work space for a team of journalists with a vivid theme-based idea.

Main functional zones – workspace areas and meeting rooms - are located on the 2d floor. Open space allows for better communication and exchange of information among co-workers.

A monitoring room with a big ring-shaped table and a video installation set just below the ceiling in the middle is the ideological “core” of the office. Top–managers` desks are also placed in an open-space in the geometric center of the office to make the communication process as effective and fast as possible. There are also a relax-zone and a mini coffee point on the 2th floor.

Formally,a dining-room located on the 4th mansard floor belongs to Gazeta.ru – another department of the media holding Rambler&Co, designed by Nefa Architects, - but both teams have it at their disposal.

According to the project specification the architects design a multifunctional hall for conferences, lectures, meetings and presentations. The hall is equipped with most modern technical, audio-visual equipment.

Design-idea. Working on the design concept, the authors decided to bring the aesthetics of a gym into the interiors, but taking into consideration the background of old red-brick walls, they gave them an air of a school gym somewhere in Italy like the one in Fellini's film Amarcord, for instance.

The architects used mostly natural materials such as brick, wood, metal, glass in the interior decoration of the office space. Many pieces of office furniture were specially designed by the studio and produced in local workshops. 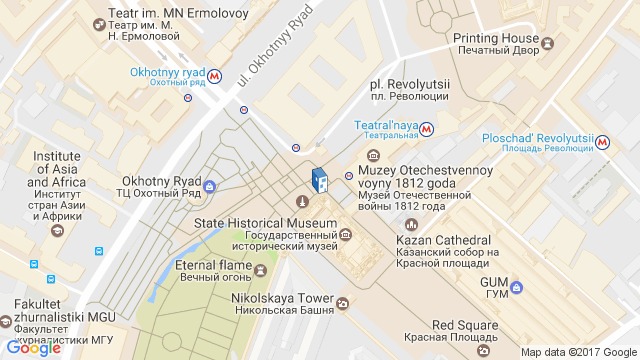 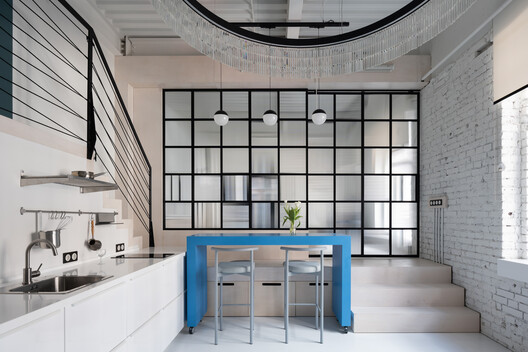 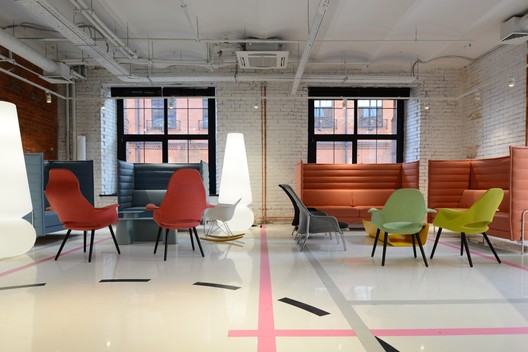