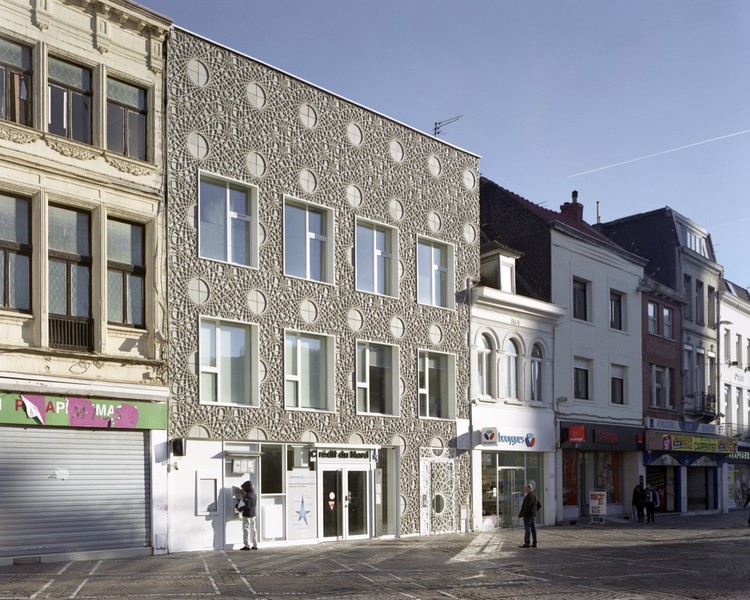 Text description provided by the architects. Sponsored by a property developer, the Filigrane is the renovation of a building in the Grand Place of Tourcoing as a bank and eight housing units. The bank occupies the ground floor and the first floor façade, with the eight dwellings on the second floor façade and at the back of the plot. The key challenge of the project is to provide a contemporary architectural response that takes into account the complex built environment accumulated over the course of history.

A place in the city centre

The Grand Place of Tourcoing is a very heterogeneous ensemble. If the notion of alignment touches abstraction, each construction has the merit of having a specificity. Materials, colours, levels, architectural styles ... each building is designed independently. Nothing is prefabricated and small decorative details stand out, supplements of the soul that are endangered by contemporary real estate programs.

In the city centre, the location of the building is in a prominent position. The perspective opens from the church square, via the pedestrian streets and the fountains of the Grand Place where the market takes place several times a week.

“Sitting on the edge she waved her feet, it made small waves that went away, a series of wrinkles that crossed the pool keeping a regular interval; And when they met the other side, they came back, blurring methodically those who continued to come. “

The façade is defined by a mixture of regularity and fantasy: rigour in rhythm, fantasy in pattern. The openings of the existing facade determined the modenature, where the full-void ratios were retained. Slightly set back, the window of the bank creates a cantilever effect that lightens the whole.

Inspired by the drawings made at the guilloche that secure the banknotes, the motif of the façade indicates between the lines the main occupant of the building. In the manner of the pavilions, square panels dress the façade with an original mosaic, interlacing of concrete rosette threads spread around blind eyes. The fineness of the pattern is permitted by the manufacturing technique: high density, high strength, ductile and unbraced concrete. Each panel is poured into a mould, then fixed using the stapled stone technique.

The technique of bridged concrete, usually used on a large scale on monumental constructions, is used here for a more modest realization, thanks to the systematization of the modules and a quasi-artisanal production.

Disappearing in repetition, the basic pattern creates a texture that can be repeated to infinity. Its bas-relief effect deflects the flatness of the façade, where the natural elements, water and light create a distortion and add a random depth. The deep openings of the windows, in white lacquered aluminium, underline the thickness of the façade.

Investing in the envelope

The original building has undergone many transformations over time. At the beginning of the project, the long plot involved an imbrication of disparate constructions, both in their constructive modes and in the heights and structures. The existing envelope was emptied as a shell and the internal partitioning was completely redesigned to optimize the surfaces and make them habitable.

In both the front and back, the existing constructions had wide openings, which were kept as they were for luminous volumes. To preserve the independence and security of the bank, it was necessary to design a new entrance for access to the housing. From the front entrance, to the right of the window, a long corridor leads to the back of the main building. A staircase ascends to a landing on the first floor, where a corridor leads to the various housing units.

From an existing malleable building, the architects realized this unprecedented construction adapted to the uses and needs of today: a bank with commercial space with pleasant and functional offices, and luminous and well-arranged housing. The challenge of inserting a new building in a marked historical context is successful: the Filigrane plays its part, neither weaker nor stronger than the neighbouring buildings. It fits perfectly into its urban environment and continues the motif tradition. The renovation is a success. 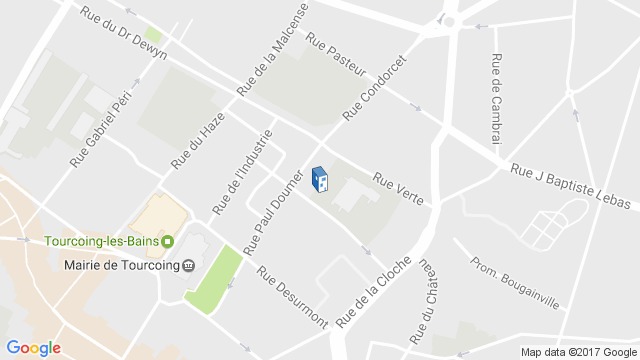