Text description provided by the architects. Famous on all ends of the architectural spectrum, the Orange County Government Center takes Paul Rudolph's fundamental ideas of the houses he designed decades before to a much larger scale.

This fascinating architectural structure was built to be the office and government of Orange County in New York, containing everything from records to a Department of Motor Vehicles for the state.

The obviously brutalist style was infused with Rudolph's interest in "working with Mies Van Der Rohe's concept of implied space."

Drawings reveal an internal spatial complexity, but pictures and exterior renderings show a more simple structure and mechanical framework. Columns are regularly spaced, and within their structural module the air-conditioning ducts and light fixtures are hidden from view. In order to rid the shorter, less structural spans of their clutter, concrete frames were used as cantilevers to add support.

The parallel reinforced concrete beams were five feet wide and two feet deep, 18 feet apart and spanning between 40 and 50 feet on to columns or walls.

Natural light was just as important in this design as in the previous ones done by Paul Rudolph, and so clerestories are carefully placed to the north and south sides of the building to increase the flow of natural light in the interior. The extrusions of the boxes as seen from the exterior reveal fundamental ideas of the forms found within the walls, as they punctuate what would be a massive exterior wall to another scale.

A central courtyard was designed to divide the portion of the building pertaining to the County Court and the other half dedicated to the executive and legislative branches, as there was no interest in mixing adults, juveniles, officials and legal administration.

However, in the late 1990s, the courthouse was deemed unfit for use and so a costly new addition was built to its north after much delay. Each of the buildings have a central courtroom, with seating ranging from 24 to 125 people per room. These are lit naturally with high ceilings that allow light from the undulating roof.

The whole complex is placed on a grid consisting of spaces that vary in width, creating a 3:1 rhythm with everything from walls to rooms.

This grid is also followed with the choosing of construction materials. The system of intersecting and parallel planes of solid wall and window openings added a spatial harmony to the mass, and the surfaces of the varying-leveled courtyard spaces also followed the pattern of the grid. The external facades were emphasized with cast concrete and extending roofs, fusing different textures and techniques.

Rudolph wonderfully represents his ability to fully plan a design, which is noticeable in the final finishes of the materials. The exposed concrete and split-rib concrete blocks were painted with colorful banners, as well as the painting of the ceilings and the bright fabric.

The Orange County Government Center received a lot of publicity recently, as a proposition was brought to the citizens of New York about demolishing one of the largest public buildings done by Paul Rudolph.

Because seven of the roofs have leaking issues, there is talk about using the tax money to reconstruct a new building, instead of essentially throwing the money away to continue to keep up the current structure. This fought by architecture admirers who realize the wonder of having such a structure to study, and they hope it will remain for years to come. 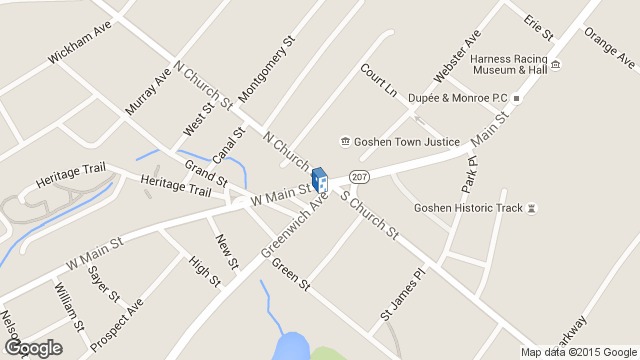