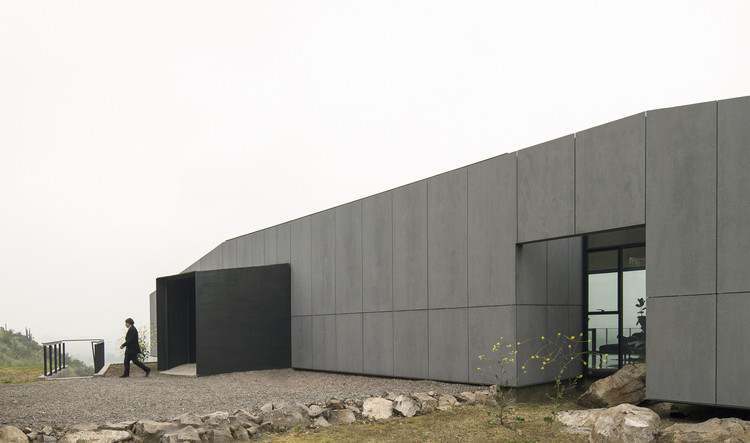 Text description provided by the architects. At the beginning of 2012 a young couple approached our practice for a house. They had fallen in love with the beautiful setting of a small community on the outskirts of Santiago. On top of a steep hill, no road to reach it, with all the utilities’ network down below, the plot posed quite a challenge. Amazing unobstructed views of the Chicureo valley, however, made it more than worth the effort.

Reasonably, the view of the landscape became the house’s raison d'etre. A room without a view -no matter its purpose- was unacceptable. Also, because they had been living in an apartment for quite a while they felt very strongly that everything should fit onto a single floor.

A chain-like sequence of rooms became the logical layout for the house, where all of the common areas sit at the center of the chain with the couple’s master bedroom at one end and the children’s and guest rooms at the other. This gives the parents a certain level of independence once the children are older. Next to the kitchen a covered terrace was added to allow for the husband’s preference for grilling –no matter the season or weather.

Living, kitchen and dining rooms are all integrated into a single space, enclosed by large windows at two sides. Both sides slide back to expand the fun to the adjacent-covered, and outdoor- terraces when desired. Boundaries were also blurred at the master bedroom, with just a big walk-in closet dividing it from the bathroom, no doors whatsoever.

Atop a set of boulders protruding from the hill at mid-height, the long and narrow chain-link scheme creates a gravity-defying image. Both ends cantilevering freely, it seems like a balancing act. Despite the effect, the house’s concrete slab rests safely over a podium defined by retaining walls of the same material. Slim, slanted columns were added wherever extra support was needed. Their irregular shape and inclination exaggerate the sensation of instability. On the outside, Equitone© fiber-cement boards were used to clad the whole of the steel structure that arises from the slab and shapes the house. An air chamber between this skin and the house’s inner envelope is placed to help with its thermal comfort. Because of its color, the cladding and concrete give the house a monolithic appearance, only subverted by the glass façade that faces the panorama. This controlled material palette makes the house a constant monochromatic counterpoint to the extreme changes in color and vegetation that the site undergoes through the seasons –from desert-like shades of browns and yellows in the summer to the most exuberant greens during the winter.

Four years after their call, the now full-blown family of four finally moved to their tailor-made house on a hill. Happily, they found it to be a comfortable fit. 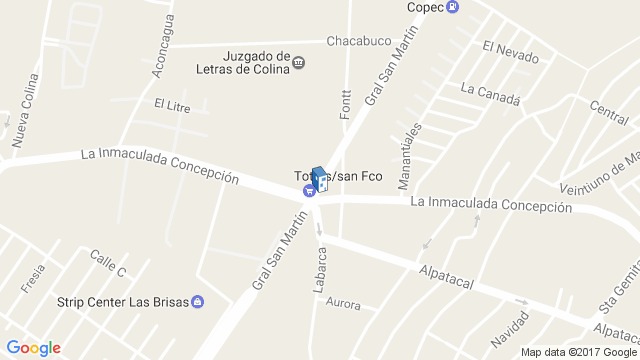 Location to be used only as a reference. It could indicate city/country but not exact address.
Share
Or
Copy
About this office
Studio Cáceres Lazo
Office
••• 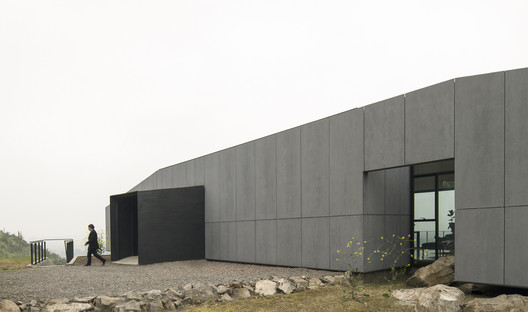