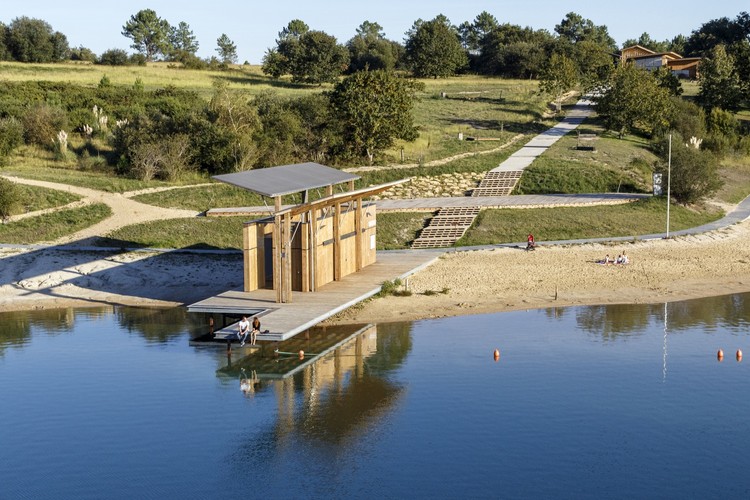 Text description provided by the architects. In the heart of the Landes region (along the French South-west coast), the listed bird sanctuary of Arjuzanx streches on 2 000 hectares. It was born from the renovation by the French electricity supplier (EDF) of a former lignite mine which is today filled up by a lake, birthplace of numerous migrating grey cranes.

A line in the landscape
At the scale of site, the new building inserts logically in the landscape. The site house is situated along a major landscape axis that connects the two shores of the lake, and structures the entire development project. It draws a visual perspective, highlighted by the large dynamic awning of the building.

Invitation to travel
How to give meaning to the architecture according to the history of the place? Here, the idea of a journey through time is preponderant. This concept translates into space: the exhibition gallery is designed as a preparation for travel. The Water Pavilion is a small boat dock, almost in motion. And the boat carries us through the lake to discover the landscape of the site as it was several millions years ago, when lignite was formed.

A Discovery Center
We designed a very open architecture on the site. It is not a classical interpretation center, but a "discovery center". Unlike a museum, it doesn’t aim at capturing the public within an exhibition, but, paradoxically, at inviting visitors to get out and discover the whole site and surroundings.

Evocation of flight
In Arjuzanx, the landscape is very horizontal. It is characterized by changes in atmosphere, variations in brightness and the presence of cranes. It was not necessary to create visual barriers but rather to reinforce these aerial effects. Hence the idea of a building which is born "from above" and rests delicately on the ground, expressed by the lightness of the roofs.

The spirit of a house
As in all our site projects, we want people to feel at home. All spaces are designed and arranged in this sense, as if we were entering a house. Great attention is paid to the atmospheres: light, shadows, orientations, framing, protection to the prevailing winds. Materials are inspired or derived from nature. Everything is done to give the feeling of a place both welcoming and opened to nature and landscape. 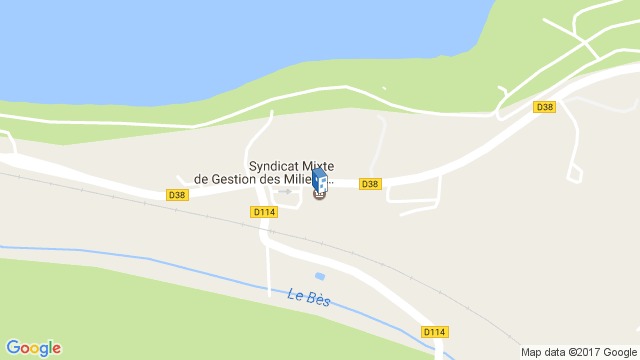 Location to be used only as a reference. It could indicate city/country but not exact address.
Share
Or
Copy
About this office
Inca Architectes
Office
•••
ALEP Landscape
Office
••• 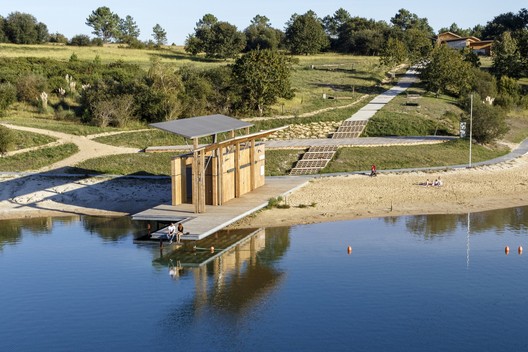