Save
U House / Ronnie Alroy Architects 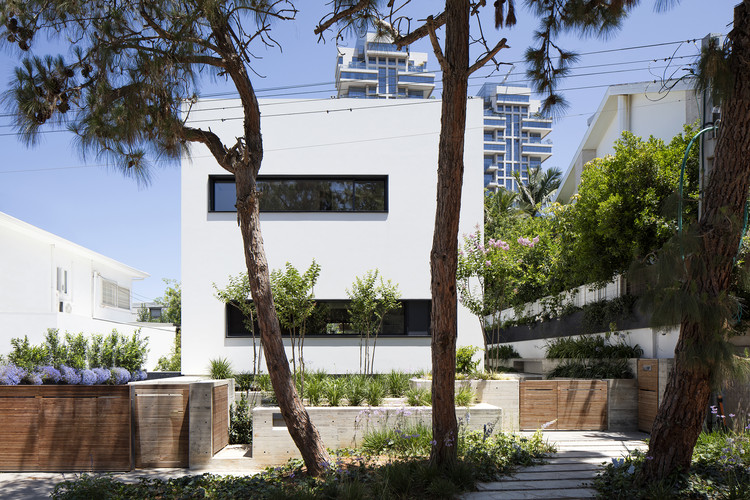 Text description provided by the architects. The project is located in Tel Aviv, city that was declared by unesco in 2003 as world heritage since “The White City of Tel Aviv can be seen as an outstanding example in a large scale of the innovative town- planning ideas of the first part of the 20th century. The architecture is a synthetic representation of some of the most significant trends of Modern Movement in architecture”

The house with a background of the upcoming tall buildings seeks to remind the heritage of the white city. The house is a one family urban house which reinvents the idea of the white cube with the ribbon window which is a significant feature of the 30’t and 40’s residential buildings in Tel Aviv.

The ribbon windows are accentuated by a dark metal frame around them. In the main entrances the metal frames become a metal fold that defines the entrance and protects from the weather.

In the back courtyard the Metal fold becomes a canopy for shade.  The white cube sits on assembly of exposed concrete walls and planters that form a plastic landscaping that brings out the purity of the white cube.  The Interior of the house contracts with the white cube.

It involves interplay of raw materials in juxtaposition to the purity of the cube.  In the centre of the house is a cantilevered staircase of metal and wood that transforms itself on each floor, on the basement it becomes a desk and working area, on the ground floor it is a division between the living room and the kitchen  Above the staircase there’s a skylight that brings in light and is a reminder of the white cube and therefore of the white city. 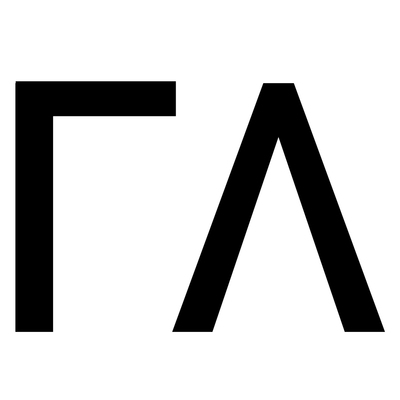