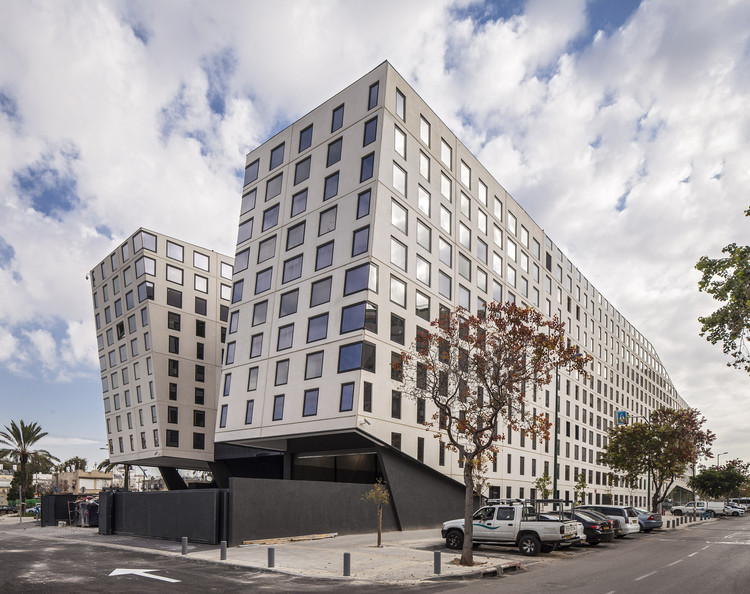 Text description provided by the architects. This office and commercial building at 106–108 Kibbutz Galuyot Road, Tel Aviv, is a regional center for two government ministries – the Ministry of Welfare and the Income Tax Authority offices, and there are commercial units on the ground floor for the use of the people who work in the building and the residents of the neighborhood.

The building covers an exceptional site of 7,500 m2 with rectangular proportions and its facade stretches over 150 m. The site’s special conditions, together with the project’s location on a busy main road on one side and opposite residential buildings on the other side, were the basis for the building’s planning.

The building’s design references a tradition from the middle of the last century of planning buildings with a public character – a long, impressive facade, almost silent and without decoration, which relates to itself as a canvas or a base because of its size and its public designation. It was therefore decided to emphasize the site’s long facade by using a design with a pattern of windows on the scale of residential buildings, and the constant change in their size creates a strong dynamism and a feeling of vertical “wrinkling,” as opposed to the horizontal “wrinkling” created due to changes in the building’s construction. In addition, and in consequence of this tradition, the building does not present a hierarchy between the floors, but has repetitive floors with slight variations, on top of a transparent and airy ground floor. However, despite its outwardly uniform appearance, the building is not constructed as one mass, but has spacious internal balconies for the benefit for the workers, and passageways between the wings by means of open bridges. Moreover, the unique construction enabled optimal office planning, so that every room in the building receives natural light and air. A public passageway was planned in the center of the building, stretching from the end of the street in the residential neighborhood, and it passes through an intimate plaza that is connected to an open public area and provides the neighborhood’s residents with convenient pedestrian access to the building and the various commercial centers within it.

Technologically the construction restores a former practice and makes use of precast white concrete elements. Manufacturing the elements was a huge challenge, as there are more than 300 precast concrete slabs that are unique in their form and the size of the openings. For manufacturing purposes, a number of modular molds were built that made it possible to change the size and location of the openings.

This tradition of buildings of a public nature celebrates a clear, simple architecture that believes in functionality and creating high quality work spaces. 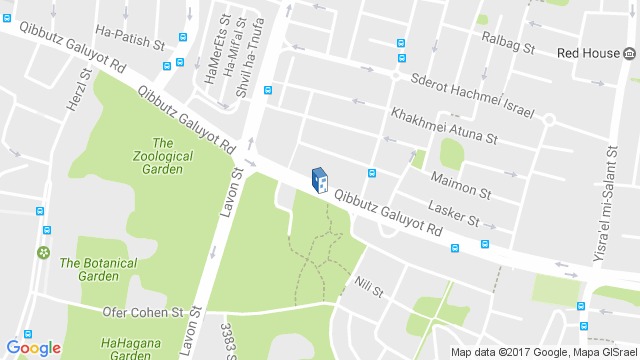 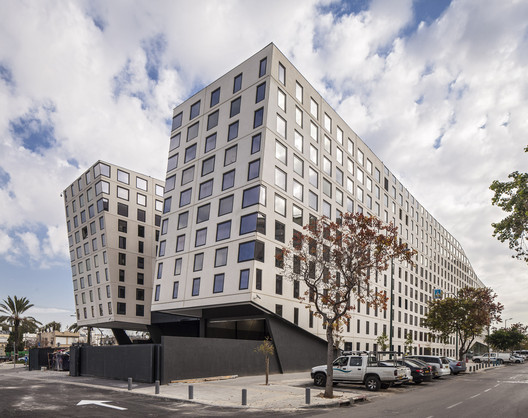