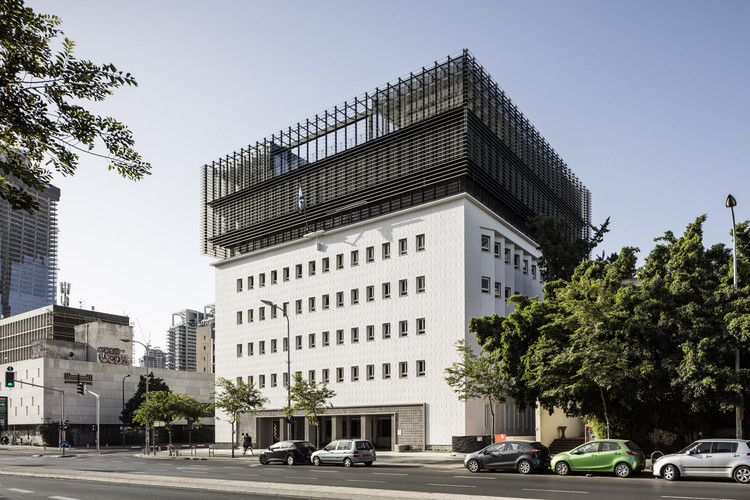 Text description provided by the architects. The Farmers’ House is an office building in Tel Aviv that was originally planned by the architect Shmuel Rozov and built for the Farmers’ Federation of Israel at the beginning of the 1950s. The original building had four stories above a ground floor and its plan was clear and simple as all the floors are identical – rooms adjacent to the building’s facade arranged around an internal courtyard, with a corridor around the building’s internal perimeter lighted by windows facing the courtyard. The original building has definite architectural values such as the technological and articular treatment of the facade, as well as the structural scheme and the way it relates to the climate and the exposures, the function of which is to regulate the entrance of air and light. This was achieved by designing the western and the eastern facades as triangles that protrude from the facade and triangles that are sunk into it in order to prevent direct light from penetrating into the building.

In the scope of the building’s preservation, three new floors were added to the original building. The contour of the fifth floor is smaller than that of the existing building in order to separate the extension from the original mass and emphasize the layers of time, while the sixth and seventh floors are planned on an area identical to that of the original floor.

A double facade of glass louvers filters the direct light and covers the transparent curtain walls of the new floors. In this context, although the extension is completely different from the original building it continues the principle of filtering the light that originally was achieved by windows sunk into and protruding from the eastern and western facades in order to prevent penetration of direct light into the building.

A system of peripheral bridges was planned between the curtain walls and the louvers, enabling convenient access for maintenance of the large windows from outside. The modern building extension completes the general mass of the building while creating a light, airy feeling because of the use of light building materials, the transparent facade and the intervening floor. 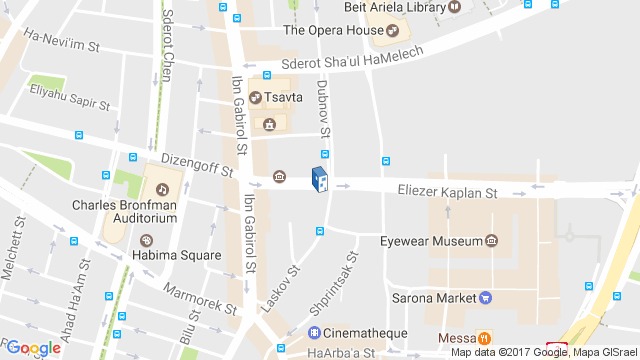 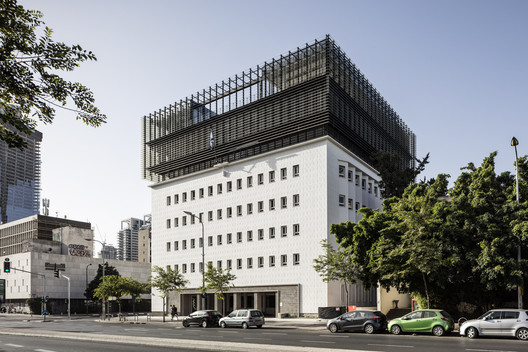