Save
Cotton Gin at the Co-op District / Antenora Architects 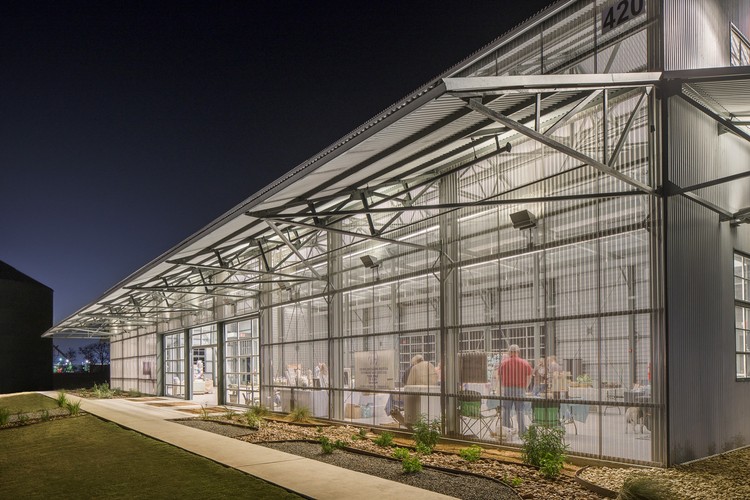 Text description provided by the architects. The Hutto Cotton and Grain Co-op served the once primarily farming community of Hutto, Texas from 1937 until it’s closure in 2003. Along with the original 24 silos, the structures that housed the cotton gin and baling machinery formed a familiar landmark and skyline, which was the western edge of Hutto’s modest downtown. Particularly iconic was the Southern-most of the (2) original gin buildings, which stood as the terminus and focal point for Farley Street. The City of Hutto purchased the Co-op site in 2003 and conducted a series of Master Planning exercises to direct and guide redevelopment of both the 16-acre Co-op site, and adjacent Historic Downtown Hutto. The Co-op master plan proposes a new City Hall, Civic Park and a public events space, surrounded by privately funded retail, office and residential development.

The design objectives were to create a multi-purpose, flexible, open-air events space for both public and private use, that would complement and support the programmatic functions for the existing Library, as well as future adjacent Civic Park and City Hall.  The building needed to be open and accessible for vehicles for use as a farmer’s market and artisan fairs, but also intimate enough to accommodate wedding receptions.

The City desired to re-use the existing gin structures because of their iconic and landmark status to generations of citizens, a desire to maintain a visual connection to their agricultural past, as well as their modest project budget and sustainability objectives.  The City also wanted to use the project as a catalyst to draw traffic and attention as a means to activate the site and attract a public/private development partner.

The (2) original cotton gin buildings were selectively deconstructed, and portions thereof were collectively recycled/re-used to make a single open-air public events space. Components of the buildings that were not re-used for this project, such as additional roof and awning trusses, have been carefully inventoried and stored for use on the future City Hall.

The design intent was to accentuate the iconic appearance of the remaining South gin building and further reinforce its place as a focal landmark at the Farley Street Terminus.  Perforated stainless steel was chosen as the exterior siding material for the south façade for it’s eye-catching ability to reflect the ever-changing southern sun during the day, and for it's transparency at night. The perforated steel and broad overhangs also serve to help fill the space with diffused natural daylight.

A significant design challenge was to reinforce the existing riveted steel structure to meet current building codes, and to recreate some missing or damaged components, without losing the delicacy and elegance of the original steel details.  As such, careful attention was paid to the placement and size of stiffeners, X-braces and additional supports, as well as to the design of new work fabricated to resemble or replace the original.

Product Description. Steel is the primary and predominant material used for the Cotton Gin at the Co-op District.  A number of different types of steel products were used. The primary structure is comprised of riveted steel trusses and columns made from steel angles. The original structural frame, which did not meet current building codes, was reinforced with steel tubes and steel angles.

The skin is a combination of perforated stainless steel panels and shop painted steel solid panels. All of the panels were rolled to match the profile and pattern of the original siding materials. The steel panels were fastened to steel angles, which span between the columns. 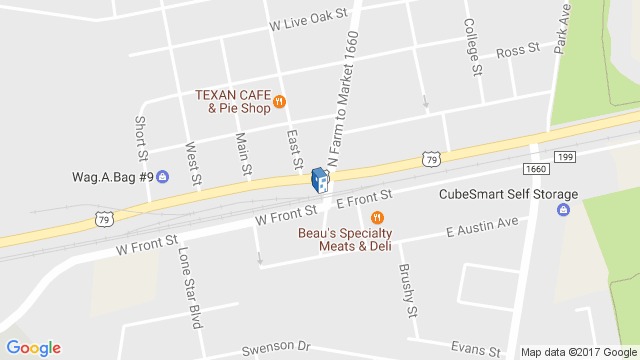 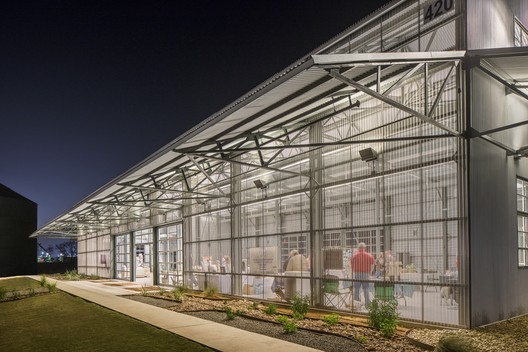