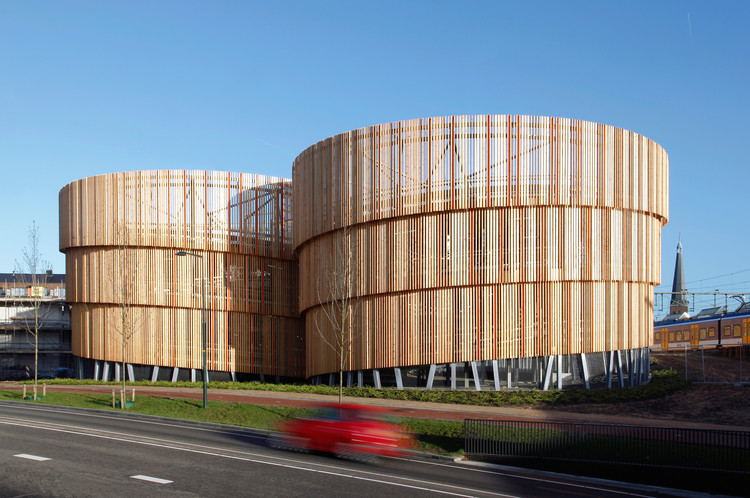 Text description provided by the architects. Zutphen (The Netherlands) recently gained a new, one-of-a-kind park + ride car park. The building is located adjacent to the town’s train station in the Noorderhaven district. The design is made by MoederscheimMoonen Architects. Featuring 375 parking spaces and bicycle parking facilities for over 600 bikes, the P+R complex caters to the growing need for parking facilities near Zutphen Station.

The P+R facility near the railway station is part of the Noorderhaven district, a new residential and commercial area in the municipality of Zutphen. The former industrial estate Noorderhaven – located directly next to the town’s historic centre, the railway line and the River IJssel – is currently being redeveloped. The design of the car park includes references to the historic warehouses and traditional industries that used to dominate this part of the former Hanseatic town. This character is expressed in both the building’s overall design and in its choice of materials.

The side walls of the elongated building border the two main underpasses that guide road traffic and pedestrians under the railway line. The design pays special attention to these corridors. At one end, one finds the car park’s vertical transport, which takes the shape of two helix-shaped ramps. These eye-catchers expand as one moves upward, lending the building a markedly sculptural and dynamic appearance. The other side wall includes a clear reference to the typology of the warehouse through its characteristic silhouette design and wooden shutters.

The building is ‘raised’ by playfully-positioned galvanised columns, in reference to the site’s former industrial nature and the nearby steel bridge over the River IJssel. This open plinth maximises daylight insolation at street level. The facade of the other stories has been cladded with wooden slats. Thanks to the open nature of this surface, the building is assured of ample natural lighting and natural ventilation. The slats have been mounted at a variety of angles, and the longer facades have also been fitted with strips of red steel, which combine to create a dynamic and playful surface. In the evening, the slats turn out to reveal vertical LED lighting strips, which are used to light up the entire building.

The interior of the car park satisfies the most stringent requirements set by the European Standard Parking Award (ESPA) scheme. Moreover, the car park’s design allows for the simple addition of an extra storey in the event of increased demand for parking facilities. 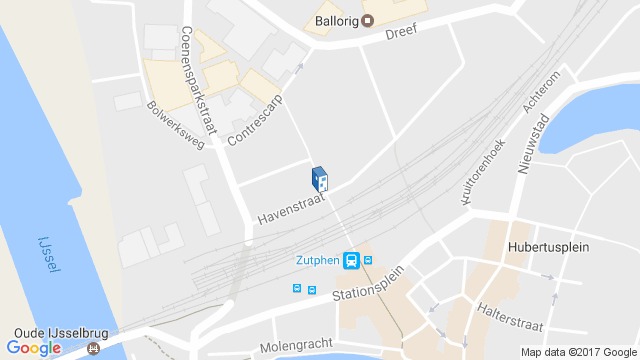 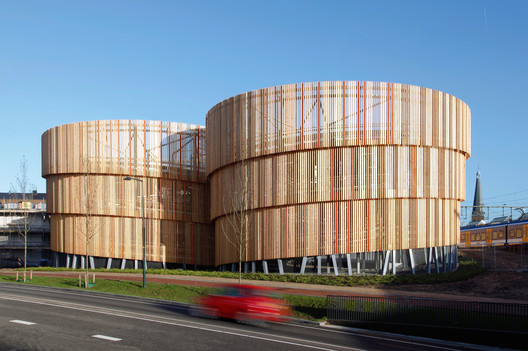