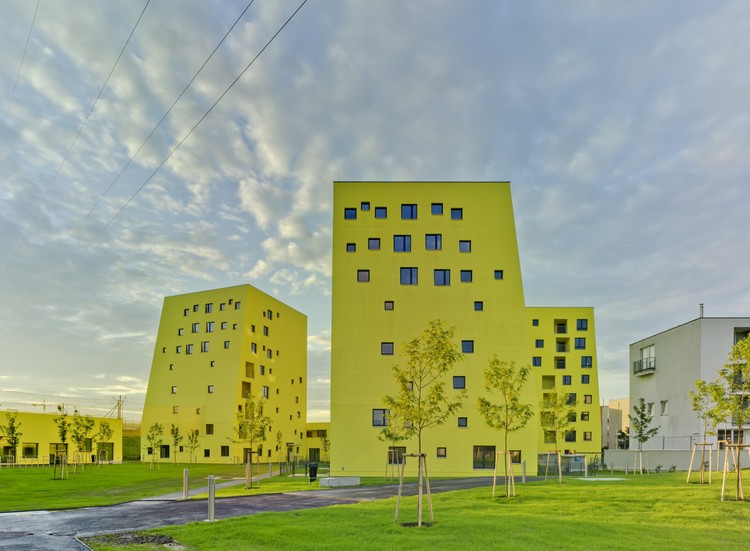 “Dealing with Infrastructures” was the title of the thematic area under which the organizers of Europan 7 placed the site located in Vienna; in fact it was probably a kind of paradigmatic case study: a triangular plot, placed in the outskirts of the city, surrounded by a heavy traffic way, an elevated underground line and crossed by a middle tension power line… anything else? Actually it was the typical “leftover” ground generated by the trace of the infrastructures surrounding it. The social housing developers that arrived before us had already built the area, but they left the “rest” waiting for a second opportunity. This “rest” was not just a real estate opportunity, but an opportunity to generate new urban life in a neighborhood placed in the periphery of the city without a clear representative image. The Perfektastrasse 58 site was full of opportunities waiting to be discovered… to recognize them was the beginning of the project.  Due to the visibility given by the underground line, the plot was already part of the image of the city for a huge number of Viennese people in their way to the city center, so the project had to operate with it. Being close to Perfektastrasse U-bahn station pointed the plot as a proper place to increase the housing density, bringing more and more people and life into the area, following the theories proposed by the Transit Oriented Development. The plot had conditions to evolve into a new urban public space, a transit place in the way to the U6 station, but also a public space where celebrate collectively the everyday life. The absence of buildings on the other side of the elevated underground line allowed excellent views from the site to the landscape of Vienna when placed 8 meter high from the ground level. By last, the green condition of the plot while waiting for a “second opportunity”, gave an image to the context, but mainly a biodiversity, that could and should be preserved.

The project took advantage from these opportunities applying two main architectural strategies: the creation of 3 different levels and the importation of a landscape into the plot.

In the lower level the project presents a clear public vocation where different common uses are placed surrounded by commercial activities. A place where improve social relations between neighbors and pedestrians in their way to the underground stop. Right above that level, a second one creates a kind of thick roof where different patio houses are located (a Mediterranean Typology that we propose for Vienna), that become two-story units on the Northern side of the new green area obtained under the trace of the power line; a place for those who wish to live close to the ground staring at the sky through their patios. And finally for those who wish to live in the heights, four towers with a profile that moves away from the power line, observe the city landscape.

Concerning the plan configuration, the project alludes to the structure of the farmlands (fallow land) surrounding the city of Vienna, as a formal strategy capable to assume the multiple border conditions commented above. After 13 years of work, the strategy that in a beginning could have been considered in a formal way, resulted in an extremely operative one, allowing the project to assume multiple normative, programmatic and compositional changes. In addition, the allusion to the farmlands was not just a rhetoric question but a productive one, by the creation of orchards in the roofs of the patio housing to be cultivated by the neighbors… nevertheless 2003 was maybe too early to talk about edible or productive cities phenomena, so at the end intensive green roofs were built just as a measure to increase the environmental sustainability.

Finally the project assumed the condition of being part of the city image for a considerable number of Viennese people (due to the visibility of the plot) and reinterprets a cultural condition from Vienna: the painted plaster façades. The result was to create a recognizable new image for the 23rd district by increasing the chromatic intensity of these colored façades… the Vienna lemons. 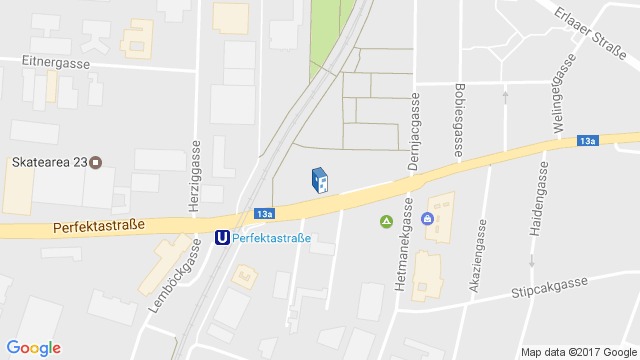 Location to be used only as a reference. It could indicate city/country but not exact address.
Share
Or
Copy
About this office
PLAYstudio
Office
•••
yes studio
Office
•••