Sordo Madaleno Arquitectos (SMA) has revealed their recent competition proposal for St Regis Los Cabos, a 12.4-hectare hotel and residential project on the southern tip of the Gulf of California in Mexico, bordering the Pacific Ocean.

In response to the site’s natural conditions—vast area, views, and exposure to predominant winds—the project’s volumetric design focuses on the use of camouflaged materials, terraces, and methods to provide shelter from the wind, all of which creates two parallel undulating forms at the edge of the beach.

The hotel and its amenities will be aligned with the east side of the complex, such that they achieve a layout with as many rooms as possible with direct views of the Pacific Ocean that rotate to ensure privacy. 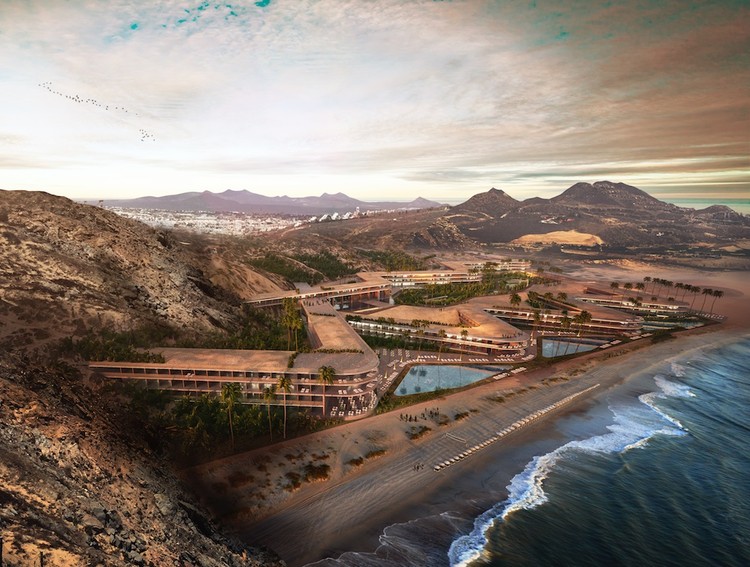 On the basis of the functional intention of the simplicity of the circulations, achieved by the low height of the volume, guests can reach all parts of the complex by ascending or descending a single level, as well as using the roof spaces, which function as an extension of the surrounding landscape, described the architects.

On the northwest side of the site, the two-story residential program forms the second line of the complex and will feature 75 units.

The strategy for the landscaping and the common areas corresponds to the different mountain, oasis and beach ambiances to demarcate the volumes. Each of them is designed in line with its relation to the program, transforming it into a major motif of ‘land art’ with regard to its immediate context. 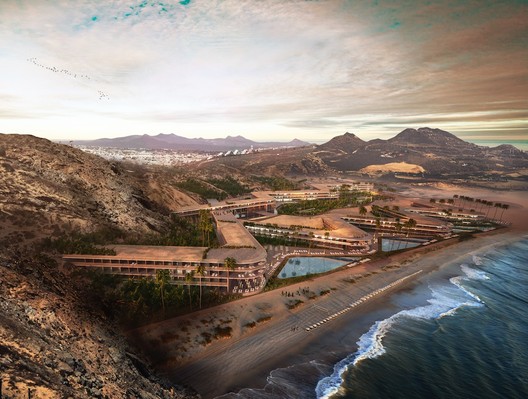