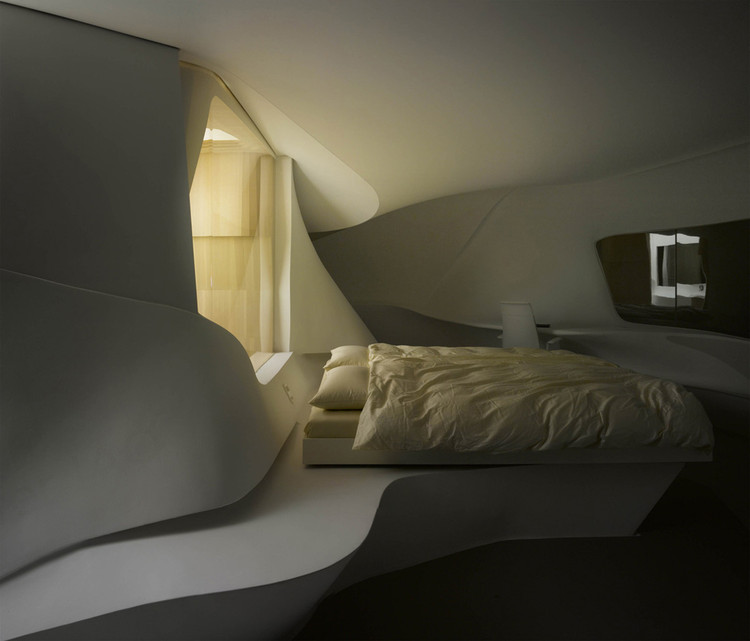 Text description provided by the architects. As part of a research collaboration with the Fraunhofer IAO (Institute for Work Organization) LAVA has designed the Future Hotel Showcase Room, a demonstration project that investigates the interfaces between architecture, technology and the human body.

The Future Hotel forms part of the IAO Inhaus2, a program that focuses on meeting the expectations and requirements of hotel guests using tomorrow's technology.

Blurring the definition between technology and interior space, the showcase room features the latest innovations in the fields of media and visual communication, along with prototypical products developed by renowned manufacturers.

Human comfort is of paramount concern in the Future Hotel Room. Technology has been designed to function almost invisibly in the background, whilst providing the opportunity for individual control of media, light and interior climate. Some of the room's features include anti-jet-lag lights, active comfort bed, personal spa area, intelligent mirror and a large fully integrated media display window.

In creating the Future Hotel Room, LAVA has designed a spatial continuum, integrating each area of the team's investigation into one single gesture, characterised by fluid transitions and accentuated singular edges. The free-form outer skin creates an infrastructure that becomes the interface between technology and the human body, and a combination of soft and hard materials offers a well-balanced transition between functional spaces.

Applying parametric design methods and semi-automated production techniques allowed LAVA an almost real-time translation of the original design concept. The collaboration between the project partners also generated many new insights and discoveries, many which will be implemented in LAVA's upcoming hotel projects in the U.A.E. The vision of the Future Hotel Showcase could thus become a reality sooner than expected.

Tobias Wallisser, Chris Bosse and Alexander Rieck founded LAVA - Laboratory for Visionary Architecture, a worldwide operating network, just more than one year ago. The partners were responsible as associate architects for world-recognised structures such as the Water cube in Beijing and the Mercedes-Benz Museum in Germany. A couple of weeks ago, they unveiled the design for the Michael Schumacher World Champion Tower in Abu Dhabi. 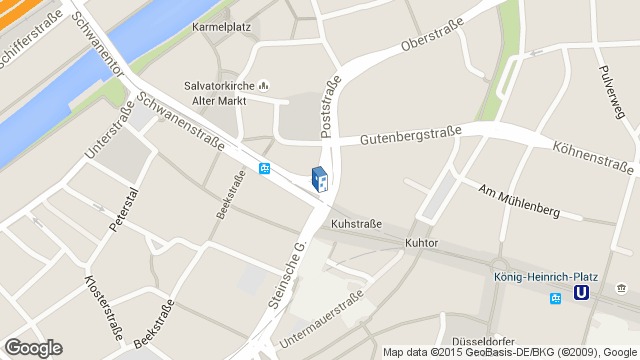 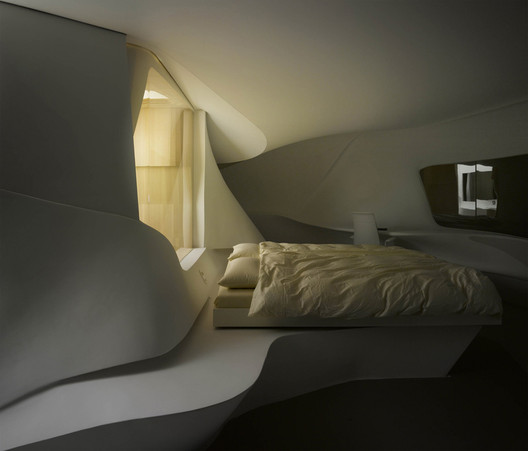