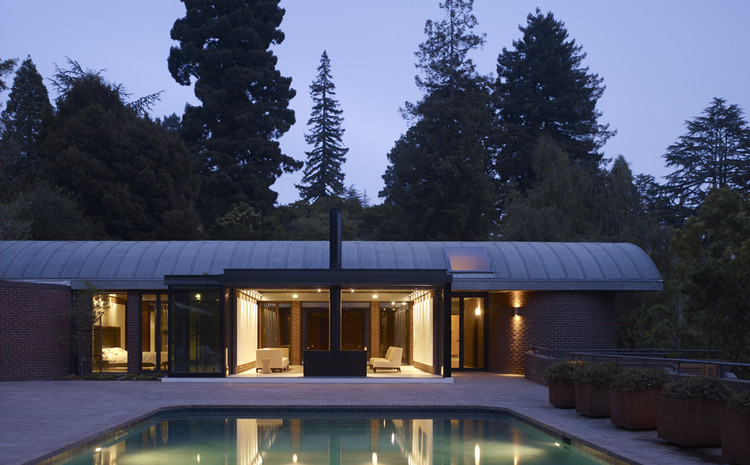 Text description provided by the architects. This project involved an extensive remodel and transformation of an existing 1974 cast-concrete and brick house for two into a house for a family. Known unaffectionately in the neighborhood as ‘the bunker’ when the new owners bought the house in 2001, the original house turned its back to the street, and from external appearances was extremely private. Within, the open plan supported a fluid arrangement of program which resulted in no dedicated private space.

The original 7,000 square foot house was built by and for a concrete magnate whose company supplied the concrete for nearby Highway 13. As such, the workmanship of the existing cast-in-place concrete barrel vaults was exquisite – an obvious testament to the original client and architect’s love of Kahn’s Kimbell museum. However, because the house was built as an enfilade arrangement of rooms organized around a central courtyard, privacy was at a premium, the sole sources of light coming from the interior and rear courtyards. The challenge of the project was helping the new owners to understand how the house could be made livable for a family without sacrificing the positive qualities suggested by the original architecture.

The intent of the remodel was to make the house practical for a family and to upgrade the finishes and feel of the house while remaining true to its original spirit of large expanses of exposed materials and visual openness. The primary living spaces, kitchen, and baths were all reconfigured to maximize the flexibility of the space – enhancing the spatial continuity and openess of the existing house while creating possibilities for private enclosures. All work was coded by material to highlight the difference between the orignal concrete, brick, and travertine shell and the new space-making interventions.

Modifications to the shell are wenge, travertine, blued hot-rolled steel, or bronze anodized aluminum, while new interventions are white oak, etched glass, white marble, white plaster, or white painted sheetrock. In the living room, a glass enclosure houses a fireplace on axis with the pool beyond. Fully operable sliding glass doors open to perceptually extend the interior space into the courtyard. The new kitchen can be opened to engage fully in the life of the house or can be closed off for formal occasions through the device of oversized folding doors. Three new bedrooms – developed as elaborate pieces of casework that are ‘inserted’ into the existing masonry shell – were also added to the house, each requiring windows in the originally solid exterior walls. 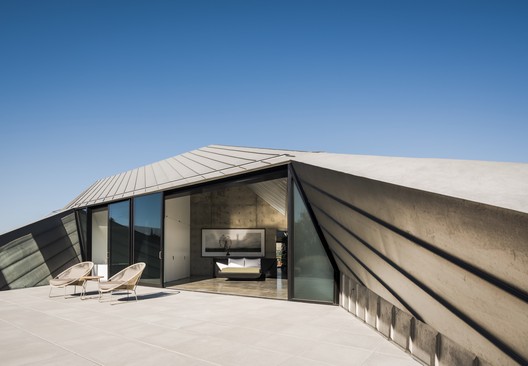 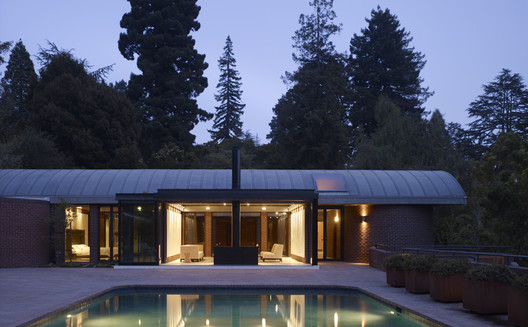