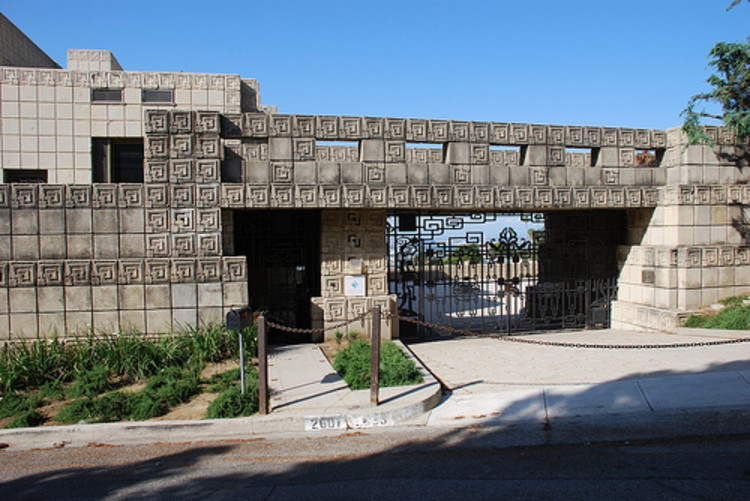 Text description provided by the architects. While driving through the Los Angeles area, a look up into the hillside above Griffith Park and you’ll be feasting your eyes with beauty and intrigue of monumental proportion.

Near the top of Vermont Avenue sits the Ennis House done by Frank Lloyd Wright in 1924, which dominates its surroundings as a modular masonry structure composed of square concrete bricks. Its inspiration is rather obvious, as Wright’s love for Mayan art and architecture connects this residence to the culture’s highly ornamented, symmetric and organized structures.

The Ennis House was built fourth in a series of concrete block houses designed and completed by Frank Lloyd Wright for a client who shared his passion for the ancient Mayan culture. He fused successful methods of previous dwellings with an understanding of the necessity of considering the dwelling within its sunny Southern California environment.

It was originally built for Mabel and Charles Ennis in 1924, but changed ownership multiple times until it was purchased by Augustus O. Brown in 1968. The Ennis House is sometimes referred to as the Ennis-Brown House, as it was renamed after the house was donated to the Trust for Preservation of Cultural Heritage by Brown.

Why concrete blocks? “It was the cheapest (and ugliest) thing in the building world,” says Wright. “It lived mostly in the architectural gutter as an imitation of rock-faced stone. Why not see what could be done with that gutter rat?” Wright takes on the challenge of creating a warm and decorative material out of the standard cold industrial concrete, and achieves this through the carvings of a repeated geometric design.

As solid concrete walls, one would assume that the penetration of light inside is minimal. But upon closer investigation it becomes apparent that many of the pieces of textile blocks are punctured to create spaces through which light is revealed.

The house consists of two buildings, the main house and a smaller detached apartment/garage, which are separated by a vast paved courtyard that overlooks the greater Los Angeles area. Together, the two separate pieces work to conquer the landscape and houses built around the streets, as the whopping 10,000 square foot dwelling expands horizontally across the hilltop. The spine-like loggia runs along the northern side of the house to connect the public and private spaces to the south.

Many recognize the buildings unique design and massive quality from movies like “The Day of the Locust” of 1975 or probably more likely from “Blade Runner” of 1982. The list goes on, and also goes to show how beautiful and significant this structure really is.

Like some other architectural landmarks that explore above and beyond typical construction methods, the Ennis House was marked structurally instable even before it was completed. Many of the concrete blocks in lower sections of the walls began to crack and buckle under tension.

Wright’s seemingly good idea to incorporate decomposed granite from the site into the concrete mix of the blocks was also a flop as it introduced natural impurities, and when combined with air pollution it led to premature decay. The house also underwent more damage due to natural causes, like in the 1994 Northridge Earthquake and the record high precipitation during the rainy season of 2004-2005.

The Ennis House Foundation has worked to obtain financial support to renovate and repair the damages done to this nationally acknowledged architectural landmark, although recently the house has been placed back in the real-estate market to be sold for around $12 million.

Voted one of the top ten residences in Los Angeles by the LA Times and an official city, state and national landmark, the Ennis House continues to intrigue architects, artists, tourists and potential buyers as its dominant structure and unique materiality call for further studying and appreciation.

This building is part of our Architecture City Guide: Los Angeles. Check all the other buildings on this guide right here. 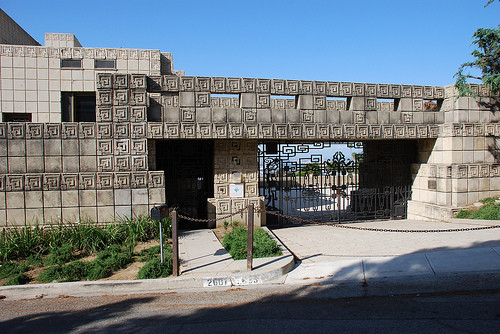