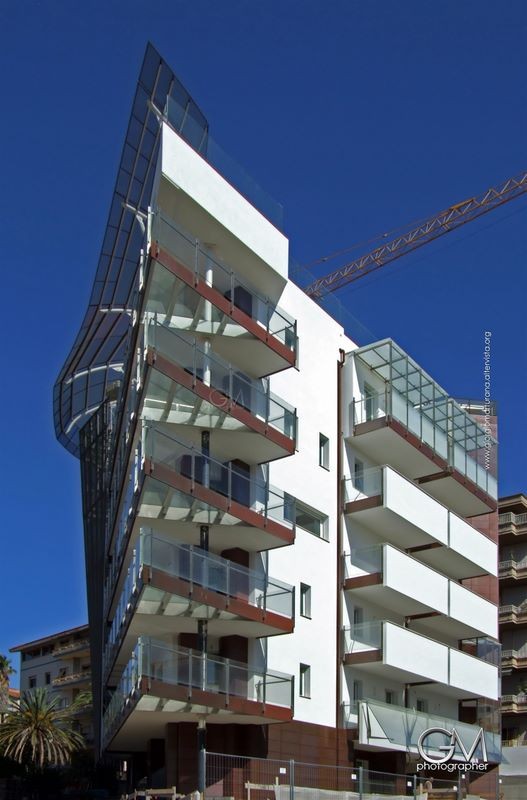 Text description provided by the architects. The Bonaria quarter -in the south-east part of Cagliari- is an area characterized by an uneven topography and abundant housing developments which major part is dated from the fifties onwards. It is an area of fairly high natural elements (the hill of the Basilica of Bonaria) in a strong contrast with steep slopes overlooking the Mediterranean sea of the gulf of Cagliari. In such peculiar and privileged residential context, Dante O. Benini was asked to design another new vertical element featuring the city skyline in a strong manner.

The high position of the building area allowed a research as an architectonic solution the emphasizes of the sea view, that becomes the principal planning element to which be attributed the utmost importance. Large windows are put in the day-area and protected from overhang balconies and sun-screens.

The balconies have lengthen in the air until the utmost limit permission so that it is possible to enlarge, towards the outside, the built up areas. The south-west elevation will be characterized from an interactive facade in micro-perforated metal sheet for the radiating ventilation with function of solar screen to reduce in the lodging at the back. the excessive heat production.

To protect the roofing and facilitate the heat dissipation, a radiating and ventilated micro-perforated sheet solar screen structure will be built and it will have also the support function for the photovoltaic panels of the electric power production.

All the façades will be covered with a special titanium dioxide photocatalic plaster to reduce the air noxious materials and preserves its steady look during the time, being polluting agents proof. 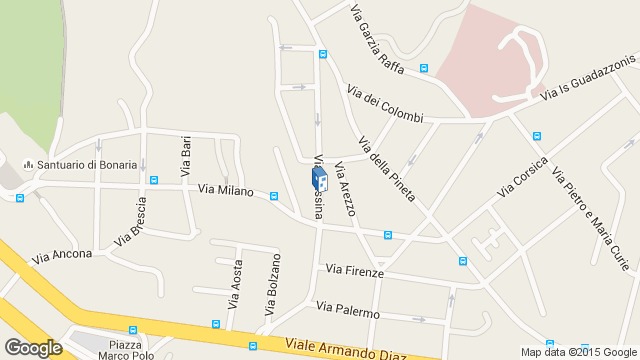