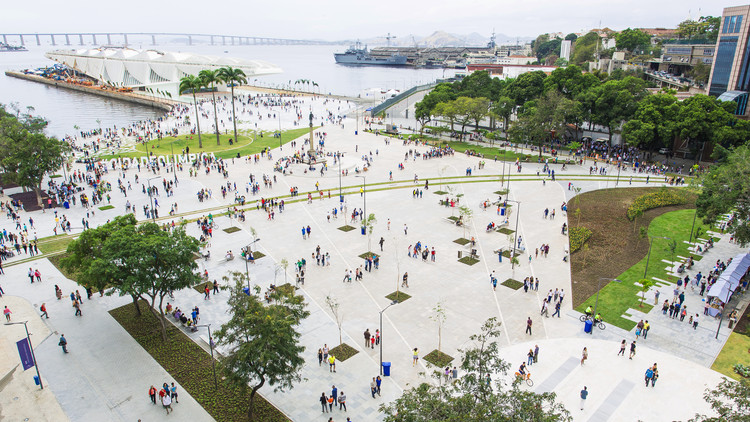 Text description provided by the architects. The “Orla Conde” Project is part of the process of transformation and urban recharacterization of the port region and centre of Rio de Janeiro, deriving from Porto Maravilha’s urban operation.

The demolition of the raised viaduct is defined as one of the main interventions carried out within the site of Porto Maravilha. Built in the 60’s, the viaduct ripped patterns and had a negative impact on the port region’s landscape, breaking its proximity with the Baía de Guanabara (a bay). This removal, along the year 2014, gives back landscapes and forgotten places to the city of Rio, even sometimes unknown, and returns to the city and pedestrians a large area along the Baia de Guanabara’s waterfront.

Seen in the last 50 years as a deteriorated, industrial and abandoned area, a “non-place”, the approximate 250.000 m2 of the Orla Conde are not only a fundamental piece for the renewal and revitalisation of the port area, but also of the centre of the city. Focusing on the citizen/pedestrian, the Orla Conde stablishes a change of paradigm, leaving behind a city that prioritized the car over pedestrians.

The project allows a pacific and organized coexistence of different means of transport (VLT-tram, bicycles, vehicles and alternative transportations), generates resting and playing areas, unveils historic buildings and views and landscapes to the bay. It attempts to recover the integration of the built city with the Baía de Guanabara, in addition to giving support to future activities and new functions which will have to emerge in the revitalized centre and the Porto Maravilha region. 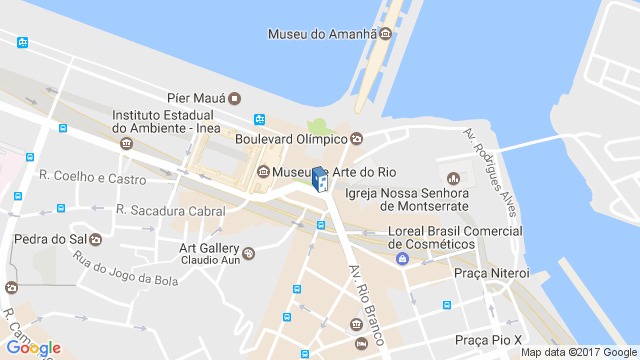 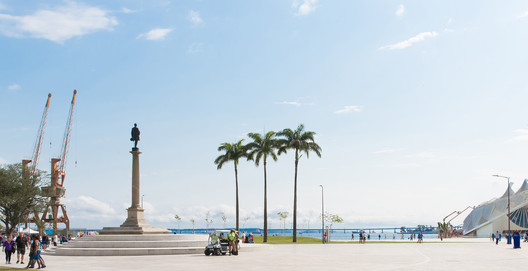