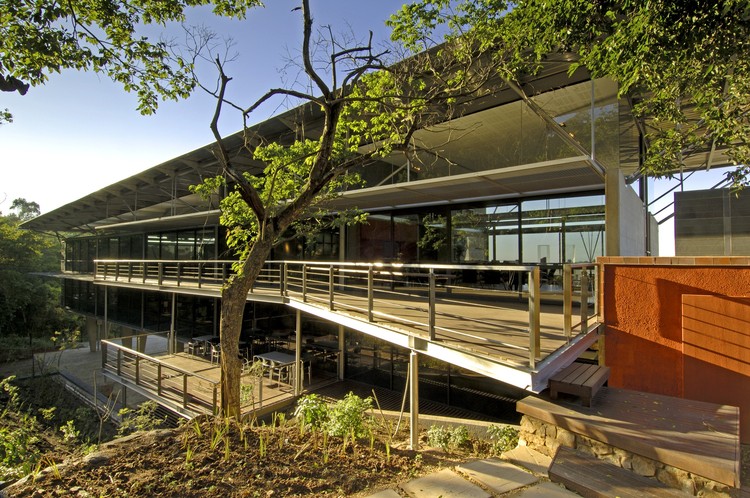 Text description provided by the architects. Prior to the formal sub-division of the larger site, the Studio was conceived as one of four proposed freestanding office structures positioned parallel to the contours of the steeply south-facing slope. The building footprint in the lowest portion of the site, adjacent to a wooded reserve, generated the largest floor area, which would allow the studio to operate on a single level. This position also allowed for separate street access and maximum exposure within the office park.

Detailed survey of the site highlighted the severity of cross-fall slopes, which would have hindered both street access and general buildability. With this information, the design was re-evaluated, which resulted in the repositioning of the building footprint at the most level portion of the site, closest and parallel to the street. The location adjustment creates a landscaped buffer to any proposed development to the north. The design is now able to capitalize on distant southern views, as well as the immediate environment of natural bush and indigenous landscaping to the east and north. The building form responds to this by becoming a rectangular glazed pavilion, elevated on tapering concrete columns that vary in height according to the slope of the site.

The west end of the longitudinal arrangement engages into the hillside which allows entrance into the highest level of the building through a five meter high front door. This floor accommodates reception, meeting rooms and Director’s workspaces which overlook the double volume general workspace below. The parking is located within the diminishing volume of the lowest level. Within the garage area careful attention to materials, structure and lighting create a different but equally powerful staff arrival area

Structurally the off-shutter finish concrete columns and wall elements support and brace the steel structure above. Inspired by the close relationship to the adjacent tree canopy, the roof evolved into an oversailing inclined plane supported by a steel structure of ‘branch-like’ brackets. Having no vertical members they allow the glass envelope to run unobstructed around the corners of the building and reach up to the oversailing roof above. The roof spans the longitudinal axis, pitching with the gradient of the adjacent street. This allows for generous internal volumes to the upper floor reception areas and creates an elevated scale appropriate to the main entrance of the studio. 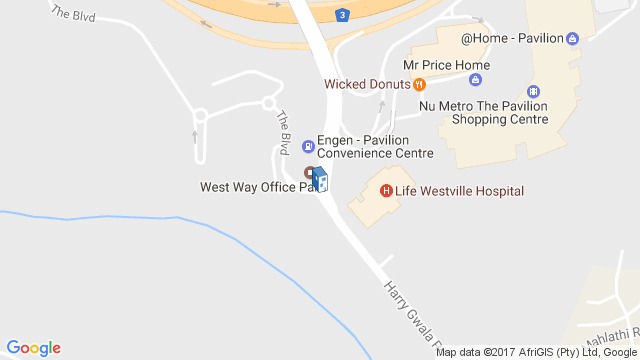