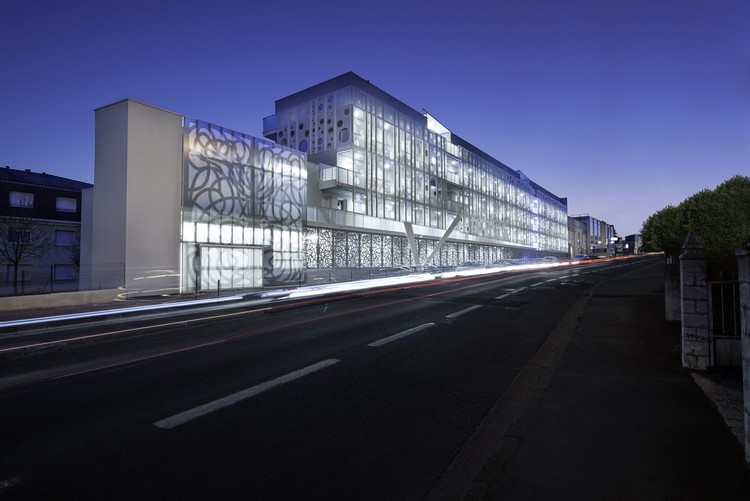 Text description provided by the architects. The stakes are high, mark with affirmation the arrival at the center of the City of Mérignac. In the midst of the transformation and redevelopment of the city, new urban landmarks have to be restructured, giving a new dimension to the strategies defined.

Today the crossroads between Avenue de Pierre Mendes France and the Avenue de Verdun do not "initiate" the true beginning of the city center. No structural element announces the arrival of the heart of the City.

The operation presented makes it possible, by its size, its size and its architecture to assert on the contrary the very existence of the coming arrival of the Center.

The marking of the base is ensured for the implementation of engraved metal grids inspired by the works of Matisse where curves and against curves stand out from the landscape.

The upper part is a double façade with several vocations. The first is urban and vibratory to give an aesthetic sense to the operation,

This contemporary expression and the reflection of a galaxy, symbol of the grouping of planets and diversity, or we seek behind this unification to regroup under a single signature the dwellings in accession and helped, all called "GALAXY".

I wanted to privilege not only by the constraint of orientation but also for the comfort of the occupants of the apartments crossing oriented North / South with all the living rooms oriented South and directed on the garden inside the operation sheltered by the mask Of the facade. Thus almost all the dwellings will have vast terraces and loggias.

The two fault lines accompany the view in the heart of the island and the fittings that will be made there and leave to the pedestrian the transparency on the spaces imagined in the center of the landscaped garden.

Thanks to these flaws we come to articulate the second group built around a set of passageways and bridges symbols of the links of the space of the land and the landscape. 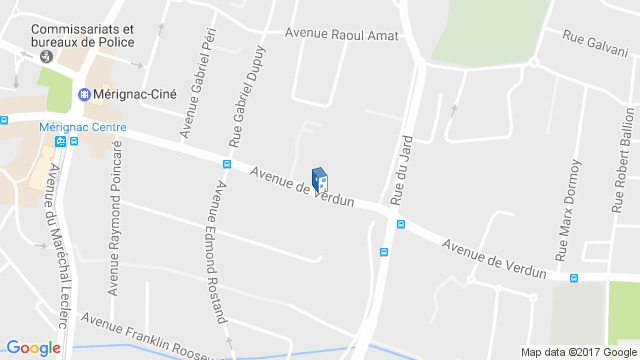