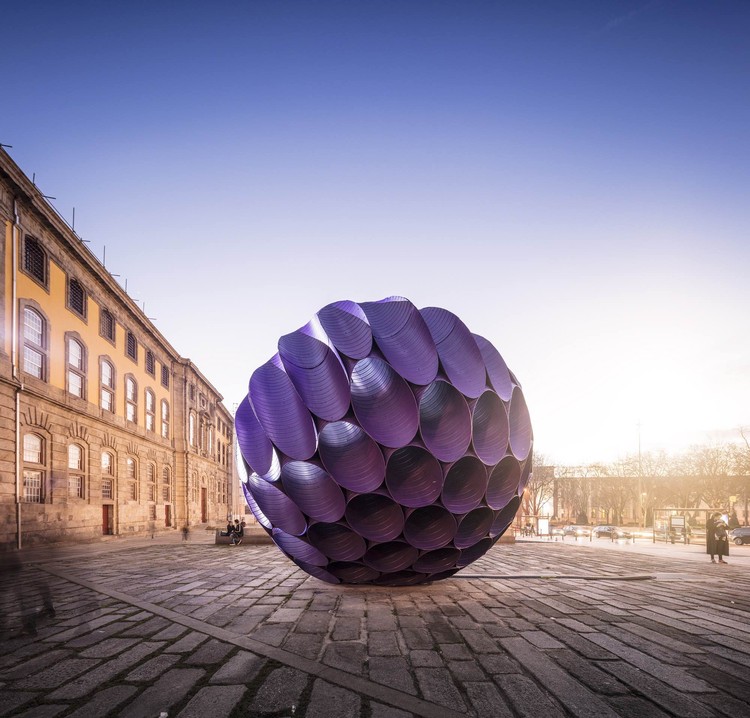 Text description provided by the architects. The celebratory piece Eclipse marks the 20th anniversary of the classification of the historic centre of Porto as Unesco World Heritage site. A temporary installation, Eclipse is a project by architecture studio FAHR 021.3 who created a sphere that temporarily shifts the centre of the city square towards its gravitational pull.

“The installation enters the public space with a disruption of scale that entices interaction and fruition,” describe Filipa Frois Almeida and Hugo Reis from FAHR 021.3

Eclipse stands in an off-centre position which encourages passers-by to rethink the Amor de Perdição Square from a different perspective. It breaks the surrounding architecture's quiet historic elegance with a bold statement of sheer size and colourful disruption. This unexpected contrast establishes a daring relationship between the installation and its surroundings, thus inviting people to stop and appreciate the location from another viewpoint.

The six meter diameter sphere is constructed using ventilation ducts that create a visual dialogue between undulating lines and empty spaces. The striking colour and spherical shape stand out in the distance, whereas the metallic texture and modular structure are revealed when approaching the piece. Furthermore, each tube allows people to peek and discover another point of view of the historical surroundings, again inviting us to stop and consider new perspectives of a familiar site. The piece introduces a dynamic with the urban context, an aspect that was explored in a sound performance that highlighted Eclipse's uncanny qualities with material sounds.

During the day the installation reflects and spreads daylight over the square, softening its effects as the evening approaches, but it is at night that Eclipse fully lives up to its name when a spotlight illuminates one of its sides and keeps the opposite in darkness.

Eclipse will be showcased at Largo Amor de Perdição until May 2017. 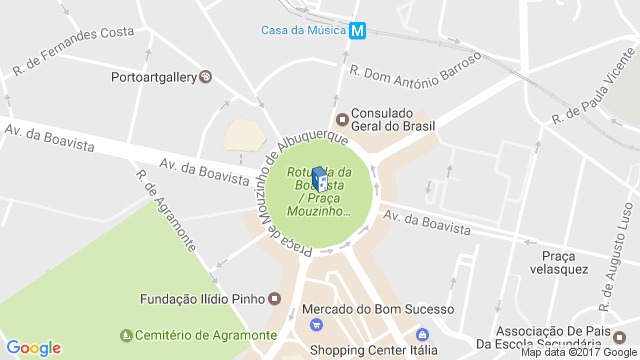 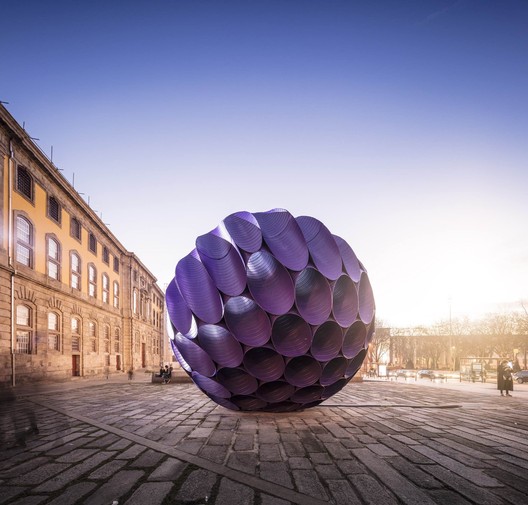