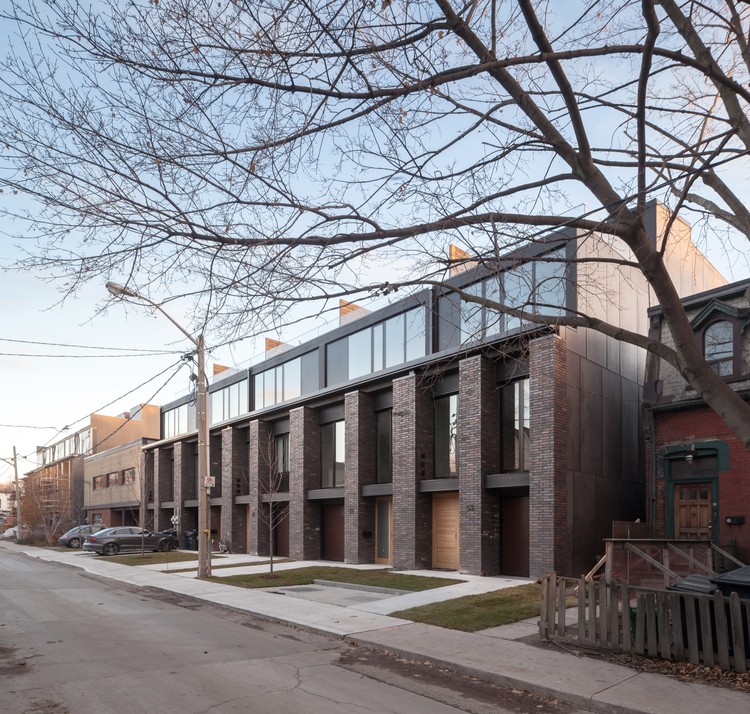 Text description provided by the architects. These live-work townhouses are the first of two small developments on a quiet street in the neighbourhood of Riverdale, in the South of Toronto.  The development consists of five two-bedroom units, each with a mezzanine studio, a large recreational room, and an interior garden.

Each of the five townhouses is organized around two voids formed by a stairwell and a lightwell. The lightwells offset the building’s depth by allowing daylight to penetrate deep into the interior of each unit. Because of their generous lighting, they also provide the opportunity to grow private gardens and cultivate lush greenery. Working in conjunction, the voids divide each townhouse into two halves linked by a small bridge. This arrangement generates a variety of distinct spaces and relationships which stand in stark contrast to the rigid plans of conventional townhouses.

A unique condition of the site is its landlocked nature. As it is bound by residential and industrial buildings on three sides, the deep setback at the rear and interior lightwell are used to bring in light and air. The size and materiality of the development respects the urban character of the context while remaining modern in its expression.  In spite of its density, the development follows the domestic scale of the area. While the dark brick of the façade reflects contemporary aesthetics, it also speaks to the material culture of its Victorian neighbours. The large roof terraces provided for each townhouse offer intimate views of the street below and sweeping panoramas of the city beyond.

The townhouse typology provides a means of urban densification without the environmental and infrastructural strains typically associated with larger developments.  Additionally, large walls of high performance glazing with operable windows allow for ample daylight and natural cross ventilation, reducing overall energy consumption. The additional lighting and ventilation offered by the internal voids further decrease the need for extensive electrical or mechanical systems. The completed townhouses acknowledge the economic realities of development without compromising spatial quality or architectural expression. They represent a sustainable model of incremental growth which simultaneously considers both the city’s past and future. 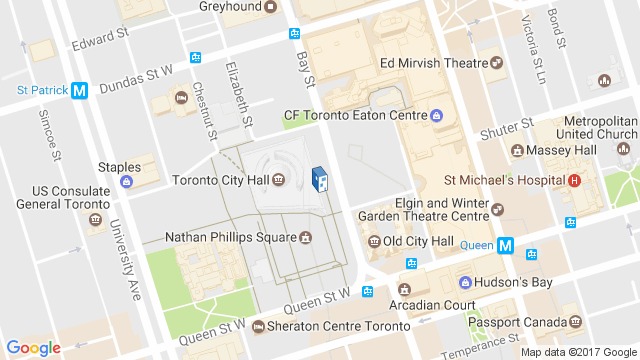