The Denver Art Museum (DAM) has announced that a $12 million gift from Anna and John J. Sie will support the construction of a new welcome center at the museum’s Gio Ponti-designed North Building.

Paying homage to the shapes and volumes of the existing building, the new construction—by Machado Silvetti and Fentress Architects—aims to enhance the museum campus’ connection to the Golden Triangle neighborhood, as well as to improve visitor navigation and amenities. 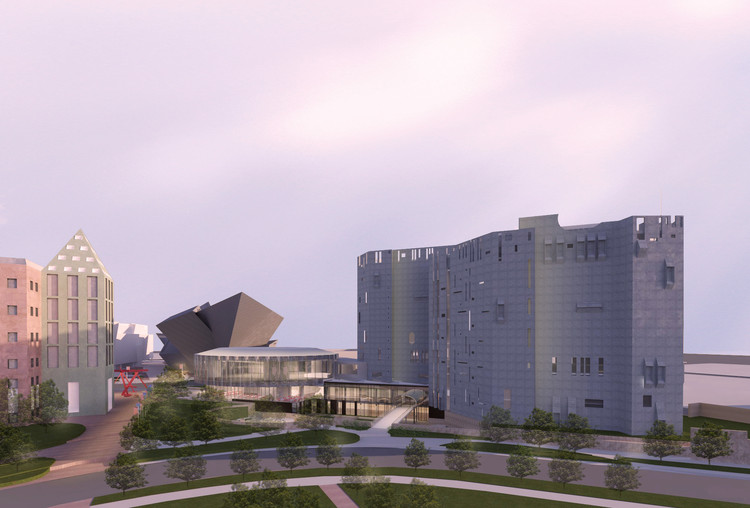 The original North Building, which opened in 1971, was the second of three major expansions to the DAM. The building—considered by many to resemble a castle—stands at seven stories high and features 24 sides, all of which are covered with over one million reflective, gray, glass tiles that reflect the sky around the site, changing the building’s appearance according to the weather.

Announced in 2016, the project will revitalize Ponti’s only construction ever completed in North America and realize elements of his original design vision, such as access to the 7th floor—which offers sweeping views of the Rocky Mountains. Moreover, the project will create expanded gallery space, additional areas for educational programming, and will update the building’s systems in accordance with new technology.

Construction on the new welcome center is slated to begin in late 2017, with a completion goal set for DAM’s 50th anniversary in 2021.

News via: the Denver Art Museum (DAM) and Gio Ponti. 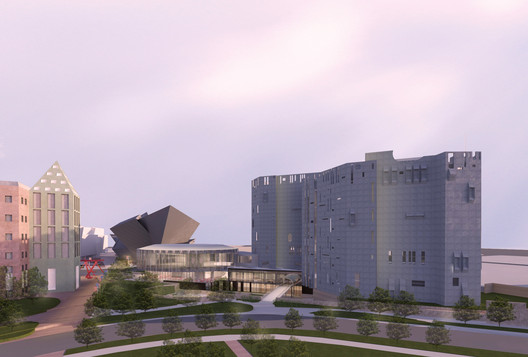